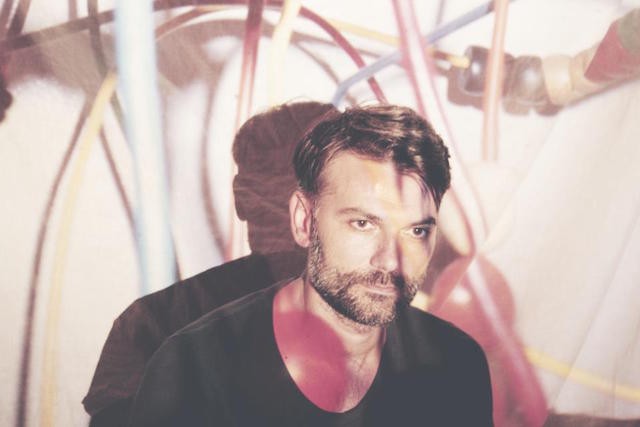 It’s a little too early for chillwave nostalgia. So how do we hashtag the bands who are staunchly holding on to the remnants of glo-fi? Those who continue to build upon reverbed fuzz, lazy guitar strums, and brooding, noncommittal synth drones that linger beyond the end of one song and into the next? While 2009 kept a loveseat on a foggy rooftop reserved for musicians whose druggy, angst-ridden interiors were implied through their names alone — Washed Out, Neon Indian, Small Black — the past year has spawned another class of pop-prescribed conductors of precious emotional goo. Solo projects like Youth Lagoon, Young Magic, and our man of the hour, Porcelain Raft (a.k.a., Mauro Remiddi) proudly use their monikers as a disclaimer for what’s to come, a scarlet letter ironed onto their flanneled sleeves.

It would be unfair, however, to suggest that Strange Weekend’s brand of heavyhearted romance was originally conceived in other artists’ bedrooms. Remiddi’s 34-minute full-length debut is a particular case. For one, the Italian composer is 40 years old; his wispy memories of yesteryear inherently reflect a different level of self-mining than, say, some kid’s lamentations about that girl he met last year over spring break. When he earnestly moans, “It feels like the first time” into a swirl of Cocteau Twins-inspired synths on “Shapeless and Gone,” you can believe that this “first time” lives in his memory as a dim, amoeba-like glow pulled from the muck of an actually distant past.

Wailing into the ether is a key part of Remiddi’s M.O. Which also has been a prevalent motif in the past year: Zola Jesus’ tribal-Goth invocations of the apocalypse, M83’s wanderlust-inspired midnight croons, and now, Strange Weekend’s warm, enveloping camaraderie. Remiddi is a technical master of these subtle cinematics, possessing a knob-twiddling know-how left over from his days soundtracking short films. Here, the tracks that seem rather unremarkable in both construct and sentiment on first listen slowly benefit from his ethereal, almost maddeningly hypnotic vocals. Breathy warbles weave into the kaleidoscopic psych-rock of the aptly named “Drifting In and Out,” and slither around stutters of cosmic static in “If You Have a Wish.” We’re left with something that resembles the zen of an Enya-backed Prozac commercial: a place where true happiness is lying in a field, staring at a tree, and not thinking about a goddamn thing.

It’s funny that one of Strange Weekend’s most compelling and upbeat songs is entitled “Put Me to Sleep.” Unlike tourmate and fellow chillwave outlier Youth Lagoon, whose anthemic “Cannon” carves a cheery, sunny-day melody out of indie scuzz, Remeddi’s pop urges are revealed more through his drum machine and tambourine than by their inherent sing-songy-ness. The instrumental track of “Is It Too Deep for You” could be culled from a Clams Casino mixtape, so immediately addictive is its intro of echoing, syncopated claps and kick-drum bass. And then there’s obvious standout “Unless You Speak from Your Heart,” whose tambourines, spirited keys, and ’80s slow-jam guitar pangs serve as a glittery lining for his lovey, roller-rink proposition.

Whatever you want to call it — post-chillwave, Oxy-jam — Strange Weeked isn’t a breakthrough as much as a perfectly pleasant contribution to the mysterious forces driving indie pop these days. In fact, Remiddi’s apologetic nostalgia and romanticized introspection stack up against our biggest pop stars (Adele, Drake, Rihanna), as well. Sure, he operates on a smaller, less exalted plane, but the core sentiments and fragility remain. Which helps make Strange Weekend what it is: deliberate, comfortable, and not especially strange at all.