Who ate the penis cake? 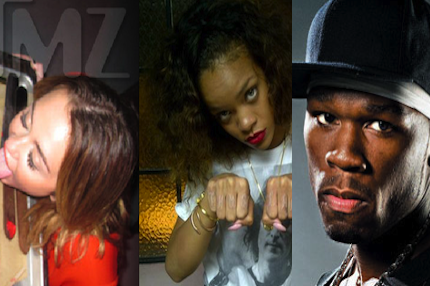 We’ve come to expect the best from pop stars these days — oh, wait, no, we haven’t! Thus, today’s appallingly spur-of-the-moment, hey-this-sounds-like-a-good-idea headlines coming out of the pop sphere this week did little more than raise an eyebrow or two. The question, however: can you tell who made which creepy mistake?

1. This one should be easy: An artist who would definitely not show up next to the word “thug” in Merriam-Webster got “THUG LIFE” tattooed across his/her knuckles, à la Tupac Shakur (RIP). The star ran into Danny Trejo at L.A. parlor Shamrock Social Club and tweeted pictures of the whole afternoon. Then the star took to Twitter and blasted all his/her fans who said s/he wasn’t thug.

2. Photos surfaced this morning of this artist, who had a “stroke” of genius last weekend to celebrate his/her significant other’s birthday at Los Angeles’ Club Icon. S/he rolled up with a giant, um, package for the occasion: a cake in the shape of a remarkably hung set of male genitalia. We’re just praying it wasn’t filled with — on second thought, not even going to attempt that joke.

3. Another artist preoccupied with private parts this week was this upstanding citizen, who replied on Sunday to a fan’s bet on Twitter, promising to tweet a picture of his/her…re…”downtown” if the Giants lose the Superbowl on Sunday, February 5.

Think you guessed correctly? Scroll down to check your answers against the ugly, uncensored truth!

1. Did you guess that the “thug” was Justin Bieber? Think again. It was Rihanna. (Via TMZ) (Biebs actually did something awesome for organ donor funds today. Shame on you!)

2. The shlong cake obviously came from none other than the Queen of Kid-Unsafe Pastries herself, Miley Cyrus. (Via TMZ, where our screengrab up top comes from, too)