The Bad Seeds leader has revealed his snarling, improvisational side project is 'over' 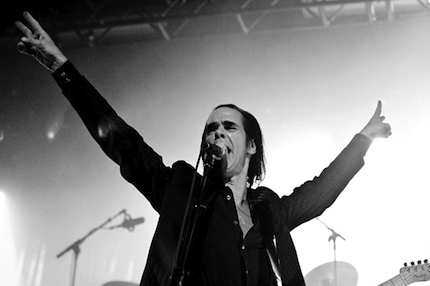 It’s time to get the no Grinderman blues. Nick Cave has called an end to his Bad Seeds band’s unwholesome gutter-rock seedling, the NME reports. Cave made the announcement at the end of Grinderman’s set over the weekend at Australia’s Meredith Music Festival.

“That’s it for Grinderman,” Cave is quoted as saying. “It’s over.” Then Grinderman quietly departed the stage, leaving the 12,000 audience members to determine whether or not he might be kidding, according to the NME’s account.

No further tour dates are scheduled on the band’s website, so Cave might just have been serious. Watch the videos for Grinderman’s “No Pussy Blues” and Grinderman 2’s “Heathen Child” and look back at our exclusive on the road story: