First Look: Watch Akron/Family Frolic Under the Sea in ‘Cast a Net’ 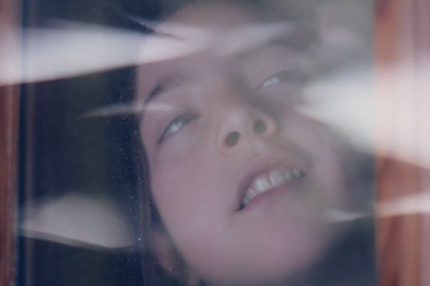 Though SPIN called the latest Akron/Family slab “loud and proud” and “under the sway of avant-noise pioneers like Acid Mothers Temple and Boredoms,” the wild, bacchinalian band has been less shy about showing their sensitive sides as of late. Enter this premiere of the meditative “Cast a Net,” directed by Percept Visual’s Brian Ziffer. The keyword for the video is “pastoral”: wind-caught ribbons, starry-eyed looks from bedroom windows, joyous kite-flying, glinting sunlight, graceful sharks swimming gently. It’s a mix between Inception and Reading Rainbow where the power of imagination transports a young girl into lands far, far beyond her tree house. Though we’re a little unsettled by the idea that in the magical sea world of her mind, there’s still bearded indie-rock dudes in hoodies trying to awkwardly pet a jellyfish. Way to dress up for your mystical sea journey, dudes!