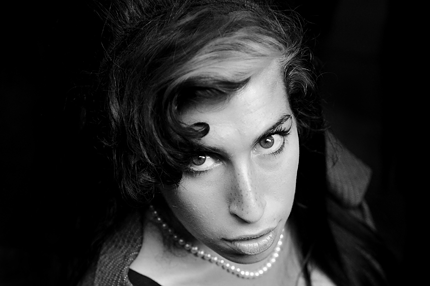 A U.K. coroner has finalized a report on the death of 27-year-old British soul star Amy Winehouse, ruling the “Rehab” and “You Know I’m No Good” singer died from excessive alcohol consumption.

Coroner Suzanne Greenaway has issued a verdict of “death by misadventure” — the same cause of death famously given for Rolling Stones guitarist Brian Jones in 1969 — according to the AP, stating that Winehouse’s demise in London on July 23 was the result of intentionally choosing to drink alcohol, no matter the risks. Winehouse’s blood alcohol content at the time of her death was more than five times above the legal drunk-driving level, a pathologist reportedly said today at the singer’s inquest — enough to stop her breathing. Per Winehouse’s doctor, Dr. Christina Romete, the singer had abstained from alcohol for a period of time, but taken up drinking again in the days before her death. A detective stated empty vodka bottles were recovered from her bedroom.

A previous toxicology report showed no signs of illegal drugs in Winehouse’s system but did indicate the presence of alcohol. Her father, Mitch, who is writing a book about his relationship with his troubled daughter, had speculated his daughter died of a seizure brought on by her attempts to get clean. Romete did confirm she’d prescribed Winehouse drugs including Librium to ease her alcohol withdrawal, but contrary to Mitch’s assertions, the coroner ruled such medications did not contribute to the singer’s death.

The Winehouse family’s spokesman said the family was relieved to hear “what happened to Amy.” “We understand there was alcohol in her system when she passed away, it is likely a build up of alcohol in her system over a number of days,” the statement reads, per TMZ. “The court heard that Amy was battling hard to conquer her problems with alcohol and it is a source of great pain to us that she could not win in time. She had started drinking again that week after a period of abstinence. It underlines how important our work with the Amy Winehouse Foundation is to us, to help as many young people and children as we can in her name.”