It’s inevitable, really, that we’d eventually choke a bit on the rock mythology that’s been crammed down our collective throats for most of our lives. The tortured genius, the hellion libertine, the martyr dying for the noble cause of nihilism — this is what we usually mean when we say “rock star,” and we’re always on the hunt for fresh blood. And truth be told, that sort of bloodlust accounted for much of the initial, explosive response to Amy Winehouse in early 2007. The natural ability was never up for debate; combine that with an equally natural self-destructive bent, and the ensuing reception was predictably breathless. Not proud of this, but it’s how your myth-making sausage gets made.

Let’s acknowledge, firstly, the folly of a media outlet reducing an artist, on the day after her death, to a product of her media coverage. But it’s all we can speak to with any real perspective, and moments like these call for perspective, however limited and strained. So, apologies. None of this is meant as a slight on Winehouse’s talent; others will put that in proper context, and with better skill than I could hope to. Plus, the few days I spent with her for SPIN’s cover story in 2007 were by no means an organic way of getting to know someone, but given the speed and force with which things began to unravel, I don’t take that opportunity lightly. It’s patently unfair to draw conclusions now about Winehouse’s doomed life from that brief, highly orchestrated experience nearly four-and-a-half years ago, but what’s the alternative?

By mid-April 2007, Winehouse’s reputation was already in full bloom, but hadn’t taken its dark turn yet, not publicly. She was still a roaring, tippling mess, a clutch of indulgences, garnering cheers every time she sipped from whatever was in the cup by her mic stand, a throwback in terms of music, fashion, and wholesale lack of concern over cultivating a debauched Rat-Pack image in a decidedly non-Rat-Pack age. (When I met Winehouse’s publicist, she downplayed the nascent bad-girl rep, saying the singer was no different from any 23-year-old girl who liked going out for an apple martini or two. Maybe this was typical spin, wishful thinking, or professionally-mandated denial. Most likely all of the above.) 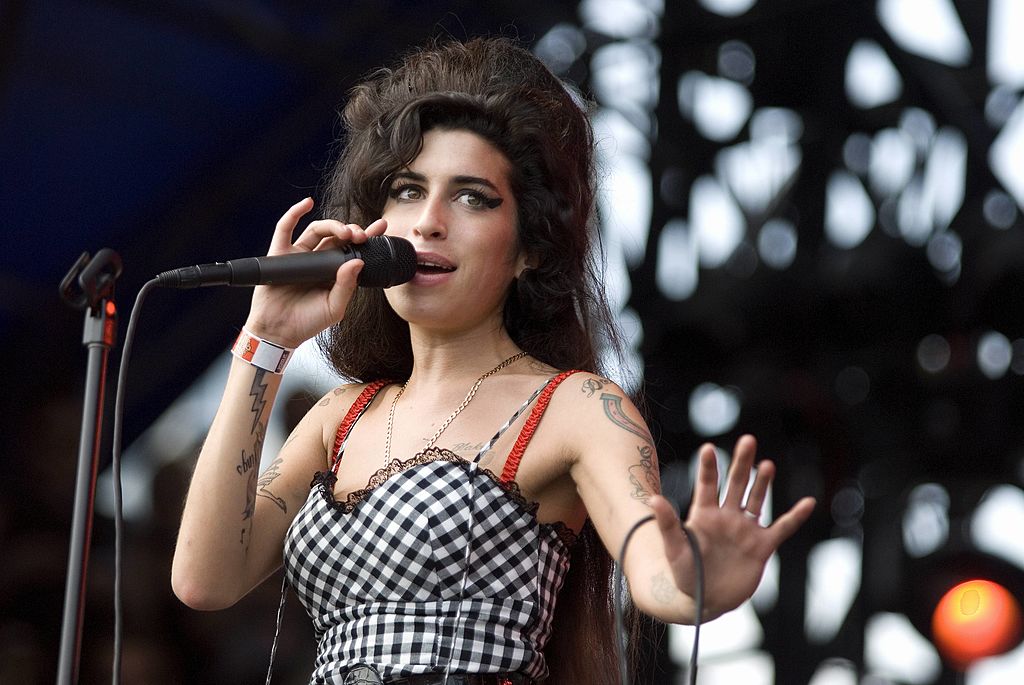 It’s inconceivable to think that the frantic spring of 2007 was actually the high-water mark. But the story quickly went from rising talent to wasted talent and ended there. Coachella that year was a coming-out party; just on my watch, Jarvis Cocker, Danny DeVito, and Ron Jeremy sought her out for a handshake and a kind word, which she accepted with indifference. Of course, indifference to the adulation of others is an artful pose, as much a part of the handbook as the hard-living sloppiness that we simultaneously laud and chide. There’s not a lot of dignity in looking like you want it. When she said she didn’t understand why a magazine would put her on the cover, she wasn’t being humble; she really didn’t understand, and explaining didn’t help. When we decided to put her on the cover, it felt like an exciting risk; by the time the issue actually hit stands a month and a half later, it was the second of its kind that week. Why was she barely worth talking about in December and the most fawned-over pop phenom in the world in April? And why was she of all people expected to have an answer for that? She was filling a role we needed her to fill, but it wasn’t the one she applied for.

Writing a profile of someone often entails forced intimacy, drinking beer, shooting pool, etc.; neutral locations are pre-arranged by interested parties. It is, more often than not, anegotiated, calculated transaction (there are also blunter terms for this). I can scarcely think of anyone I’ve ever spoken to at length who I felt less connected to, or who was less interested in having her brain picked, than Winehouse; and sometimes that’s just how it goes. Bringing an interview subject an icebreaker gift is manipulative, but it also sometimes works. In the hopes of cracking her ambivalence or combatting concerns that we were just there to watch the wheels pop off the train, I gave her a copy of the Rhino soul artifacts box set What It Is! as an instant peace offering, attempting to say, “See? Music!” That she wound up leaving the thing in her trailer unopened could be interpreted several ways, none useful. It’s enough that she just didn’t give a shit one way or another; that was an undeniable indication of what would follow.

But I don’t believe, ultimately, that her ambivalence was, or is, an entirely moot point. As far as it concerns a writer doing a magazine story, sure. But the problem — the problem, really — was the degree to which that ambivalence seemed to take hold so quickly and decisively. At that particular moment, the immediate concern was dependency, but not on any substance so much as on boyfriend Blake Fielder-Civil. He’d been around only a few weeks, and they’d be married in a few more, but his power to distract her seemed superhuman. It’s no one’s fault that she was more interested in being with Fielder-Civil than in talking to a reporter, or even singing onstage, but the message given off was hard to miss: She didn’t need any of this, and it could all go away as quickly as it came and she’d be fine. She didn’t share our excitement. You don’t write songs, much less sing them, the way she did without caring deeply, without tapping into the tough spots. It’s called soul music, it doesn’t wear diffidence or emotional disengagement well. Whether drugs were the symptom or the cause of that disengagement could not be less relevant. It’s the difference between being cool and being cold.

It was awkwardly amusing watching the blissful couple dry hump on the floor of a photo studio while Terry Richardson clicked away and a dozen other people tried to figure out whether to stare or flee the building. Richardson had an assistant break a mirror into shards as a prop, and Winehouse knew how to play along, carving her beloved’s name into her torso for maximum skeeve. It was cute, yet it also wasn’t cute. British journalists rang me up asking for comment about “Amy’s latest self-harm shocker,” and it was hard to know if we had suddenly become, via Richardson’s provocation, just another careless contributor to a media horde stoking the tabloid flames. I’m not sure there’s much comfort to be found in the answer to that question. My parents saw her in a Soho restaurant just a few days after our last interview and my father, bless him, introduced himself and said his son was writing about her for SPIN. She was polite, but there was also a sense that she had no idea what he was talking about.

“Rehab” was a true story — her managers tried to get her to clean up, so she fired them and hired people who promised not to. Concerns about Fielder-Civil, at least back in 2007, were practical ones. People were being paid to keep things moving, and his very presence brought everything to a dead halt. But young love — what can you do? Maybe the key to his ability to distract her was her desperate need to be distracted. All I know is that she said she just wanted to talk about the music, only she didn’t really want to talk about the music.

Winehouse had some encouraging moments after fame firmly took hold, but a brief glimpse at the headlines post-May 2007 shows a lot more bad news than good. The live meltdown clips multiplied over time, and I never understood their LOL value. In addition to being the world’s most effective anti-drug PSAs, her botched, slurry performances looked like ambivalence left dangerously unchecked. Lovely that people are hailing Back to Black right now as the marvel it is, and if the album, rather than those clips, winds up being her true legacy, that would be a great victory. I have my doubts.

The recurring theme in all this is that the tragic news is somehow mitigated by the fact that it’s unsurprising, or that people who squander talent and fortune and bring about their own demise are less deserving of sympathy. I would argue the exact opposite — what makes this so horribly, irredeemably sad is that we watched one of the brightest talents of a generation give up and give in, in real time, and no one could stop her.