Members of Radiohead, Air, and Supergrass pay tribute to the legendary 1967 LP The Velvet Underground & Nico. 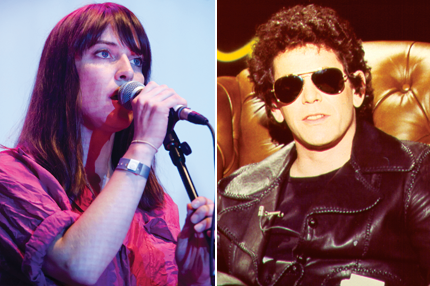 The Velvet Underground’s 1967 debut, The Velvet Underground & Nico, is one of the most important albums in rock history. Its crude yet gorgeous proto-punk sound and dark, risqué lyrics about sex and drugs – in songs like “I’m Waiting for the Man” and “Heroin” – influenced generations of later bands. Feist and members of Radiohead, Air, and Supergrass recently covered songs from the LP at an all-star gig in Paris. Listen to their version of “Femme Fatale” below.

Photos from the gig depict the all-star group performing in front of projected psychedelic images, like VU did at their early shows and later at the Exploding Plastic Inevitable, a multi-media event hosted by the band’s biggest supporter, and manager, Andy Warhol. In 2006, The Velvet Underground & Nico was added to the Library of Congress’ National Recording Registry.