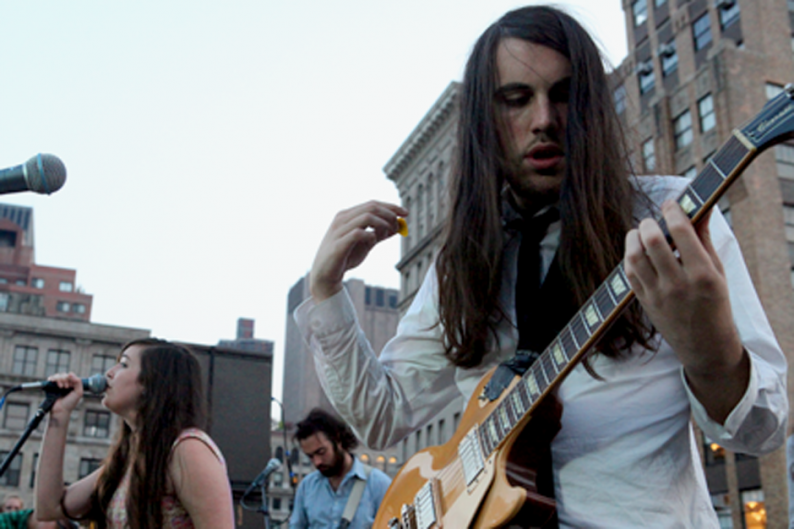 It was a gorgeous summer night when we invited Cults, fronted by the buzzed-about duo of Madeline Follin and Brian Oblivion, to play a roofop gig at SPIN’s downtown NYC headquarters, as part of the SPINhouse L!ve series, presented by Lacoste L!ve. Now, you too can soak up the seven-song set by one of 2011’s breakout acts. Watch the show below.

And while their tunes have a breezy summer feel, Oblivion brought some rock’n’roll spirit to the festivities, launching himself into the crowd during the set-closing “Oh My God.”

Check out the performance below, and read SPIN’s recap of the show, including more photos.