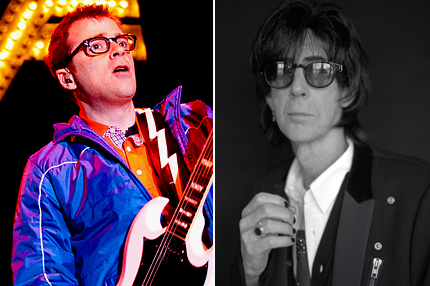 In recent years Weezer have been tackling the Great American Rock Songbook, delivering covers that range from the somewhat predictable (see: MGMT’s “Kids” and Nirvana’s “Breed”) to the straight-up weird (check out their take on Radiohead’s “Paranoid Android”). The band’s latest offering: a rendition of the Cars’ 1984 classic “You Might Think,” which the group has contributed for the soundtrack to, er, Cars 2. Check it out below.

Weezer’s cover is an absolutely dead-on copy of Ric Ocasek’s original – that’s a good thing – and Cuomo’s voice perfectly matches Ocasek’s pinched, nasally croon, while the back-up vocals are as glossy as the original. Plus, how many synths did Weezer have to test out in order to nail that percussive melody in the intro?