An Oral History of the First Lollapalooza

Home » SpinTV » Spotlight » An Oral History of the First Lollapalooza

In 1991, Jane’s Addiction’s attempt at a farewell-tour extravaganza accidentally defined a generation and changed the music industry. Seven or eight bands in 20 cities sounds paltry compared to the 100-plus that will play Lollapalooza in Chicago this August, but ask anyone involved in that inaugural year: There was more at stake.

In August of 1990, Jane’s Addiction released their second studio album, Ritual de lo Habitual. Within a year, the album sold more than one million copies. But there was one big problem.

MARC GEIGER (booking agent): Jane’s was going into a tailspin because they were really not getting along. 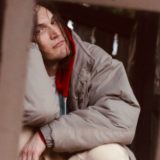 TED GARDNER (manager, Jane’s Addiction): We were coheadlining the Reading Festival that year, and there was this crazy little bunker in London we played the night before.

GEIGER: A warm-up show at a tiny, 200-seat club. It was so hot and humid, the walls were sweating. It was amazing. The next morning, Perry’s voice is gone. He’s fucking crying, he’s bummed out.

GARDNER: We looked into specialists, and they said he shouldn’t sing. So we had to cancel our performance at Reading.

GEIGER: [Jane’s Addiction drummer] Stephen Perkins and I go down to Reading, and we’re hanging with all the bands and having an unbelievable time, and Perkins says, “This is so fucking great, why don’t we do this?” And I said, “That’s the idea: Let’s bring Reading to America. And that will be your farewell tour.”

PERRY FARRELL (lead singer, Jane’s Addiction): I told Marc, “I’m out of here after the tour, so let’s do something good.” And he looked at me and said, “Perry, you can do whatever the fuck you want.” And I said, “I’m going to hold you to that.”

DAVE NAVARRO (guitarist, Jane’s Addiction): “Tailspin” is accurate. I don’t know if it was supposed to be a grand send-off. It may very well have been, but I wasn’t aware of it. But the tailspin led to some pretty spectacular performances from the band.

ERIC AVERY (bassist, Jane’s Addiction): I had put my notice in at that point. Everyone knew the end was nigh.

GEIGER: I got a phone call at home at one in the morning from Perry. He goes, “Hey Marc, I got the name! Lollapalooza!” I say, “Where the fuck did you get that from?” He goes, “I just saw it in a Three Stooges episode!”

FARRELL: I did hear the Three Stooges say it, but I didn’t have that in mind initially. I was flipping through the dictionary, and the definition of lollapalooza was something or someone great and/or wonderful. And definition two: a giant swirling lollipop.

AVERY: People were ready for something different, something that pushed them a little outside of their comfort zone. Like a reason to come out and see live music.

GARDNER: Geiger made the mistake of giving us an office at the Triad building. They’d be going about their business and we’d be telling jokes, listening to music, and smoking pot. Reading was the genesis of the idea of the festival, but the traveling festival was uniquely ours. It wasn’t a way that you toured.

MICHAEL “CURLY” JOBSON: We had festivals in Europe long before Perry had dreadlocks.

FARRELL: There were some heavy things going on right at that time: Michael Jordan’s first championship with the Bulls, the beginning of the World Wide Web, and Lollapalooza. That’s really what is remarkable about 1991.

GEIGER: We were hoping to kill hair bands and MTV. Get the crappy music out and the good music in.

FARRELL: Geiger and myself chose the bands. It might look like we were pooling from L.A. groups, but back in the day, L.A. was the epicenter of music.

NORWOOD FISHER (bassist, Fishbone): Lollapalooza was a culmination of things, as what was happening on the fringes got more and more popular.

FARRELL: Punk rock couldn’t last, only because their attitude was “Fuck everything.” Mine is “Include everything.”

AVERY: There was a good amount of naïveté in ’91. Lollapalooza was an experiment. I know I like Siouxsie and the Banshees and the Butthole Surfers and Ice-T, but who the fuck else does?

MISSY WORTH: Everybody was in it together because we wanted to prove that we were smarter than everyone else, that the alternative could be the mainstream but stay alternative.

JOBSON: It was quite a big show from a public standpoint, but production-wise it was relatively small — the fact that it wasn’t a slick, overproduced event gave it that element of cool. Lollapalooza was a little ramshackle errand.