The pop star proves once again that she has good taste in music. 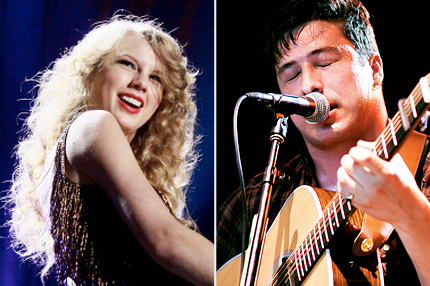 The Grammys are one thing, but it’s safe to say a band has officially “made it big” when object-of-America’s-affection-and-attention Taylor Swift covers one of their songs — so congratulations Mumford & Sons! You’ll be the taste of tweens and their minivan-driving moms in no time!

Swift performed the British folk outfit’s “White Blank Page,” off their breakout 2009 debut Sigh No More, for BBC’s Radio 1 — and, musically, it’s a perfect fit. In the hands of the pop star and her six-piece band, the song is a heart wrenching ballad with banjo, three acoustic guitars, violin, piano, and aching backing vocals — and it’s played at a slightly slower tempo than the original, adding emotional oomph.