The rapper reveals he's "cramped out in the Lab" with Isaac Brock and Co. for Modest Mouse's new album. 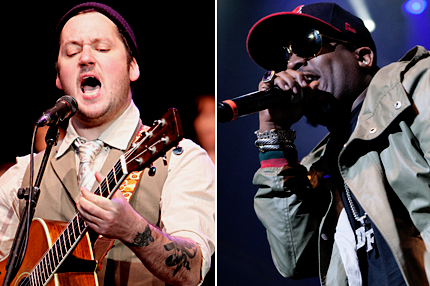 It’s been four years since Modest Mouse released We Were Dead Before the Ship Even Sank, but Isaac Brock and Co. are holed up in the studio working on new music — and they’ve roped in none other than Big Boi to collaborate on tracks, according to the rapper’s Twitter (via TwentyFourBit).

“Been cramped out in the Lab with Modest Mouse all week, workin on the new mouse LP, coolest cats ever,” he Tweeted, before adding that Chris Carmouche (who helped produce Outkast’s Speakerboxxx/The Love Below) is also in the studio with the band.

Modest Mouse haven’t announced details about when their album will be released, but they’ve been teasing unheard material. On an episode of the online series Don’t Move Here — which documents the Portland, OR, music scene — Brock and his band performed an untitled tune. Scan forward to the 7:56 mark to watch it.