DJing and performing in Austin, the turntable whiz also reveals his tip for surviving SXSW. 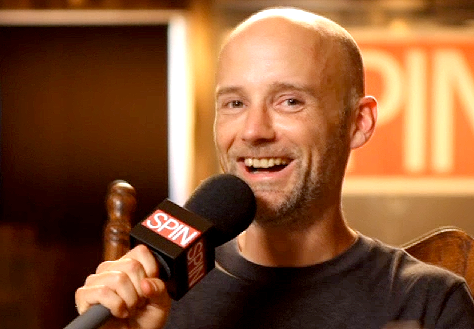 Moby’s upcoming May album is a chilled-out collection of woozy, ambient electronica — but the laptop whiz revealed that he made much of Destroyed (along with an accompanying book of photographs) while under considerable stress.

“They were both made while I was on tour, late at night, when I have insomnia, when I’m sitting in a hotel room and you feel like the entire world is asleep or dead,” he said, sitting for a chat at the SPIN Shed in Austin.

Moby is something of a SXSW veteran — he first appeared at the Austin fest in 1992 — but he never expects red carpet treatment any time he returns, including this year, when he played a handful of packed gigs. “You just sort of accept the fact that you’re one of the 3,000 bands coming through, and most likely no one’s going to remember much of anything.”

Watch: Moby in the SPIN Shed