"We want to change [our] DNA," said singer Thomas Mars. 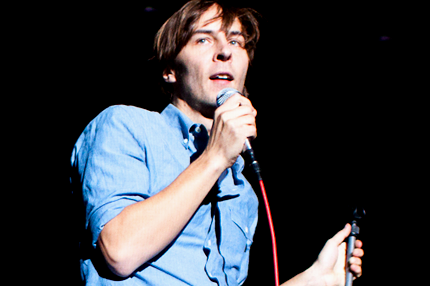 French popsters Phoenix are turning their backs on the sound that made them international superstars.

For their follow-up to 2009’s Wolfgang Amadeus Phoenix, the Grammy-winning triumph that brought them spots in commercials and films, the rare honor of playing three songs on SNL, and a headlining slot at MSG, the band are changing directions completely. “It’s very experimental, it’s very minimal music,” singer Thomas Mars said of their next LP in an interview with Australia’s Pedestiran.tv backstage at Sydney’s Good Vibrations Festival.

“There’s something a little frustrating when you do pop music… We’d like to go somewhere else, we want to change that DNA.”

Mars compared the album’s sound to “the TGV, it’s a fast French train,” adding that, “It’s very … nostalgic, futuristic. … I think because we do a lot of music with drum machines — we blend a lot drum machines and real drums — for us, it’s a way to escape that.”

The band plans to demo material for the new LP with an orchestra. “We’re going to record a bunch of percussionists in [Australian beach town] Byron Bay,” said bassist Deck D’Arcy. Added Mars, “It’s a test, if it works, we’ll probably come back and record something that’s going to be on the album.”

Are you excited for Phoenix’s new album and direction? Tell us in the comment section.