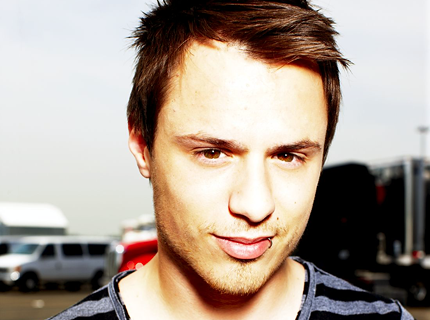 Since announcing his exit from Paramore in December, Josh Farro is already focused on his next musical act. The guitarist has formed a new band called Novel American with four high school friends – and he says the project promises to be more expansive than Paramore’s pop-punk sound.

In an interview with MTV, Farro says his new band will draw on the music Jimmy Eat World, Radiohead, Sigur Rós, and Texas rock instrumentalists Explosions in the Sky: “We want to be a new breath of fresh air to the music scene.” The band is planning to record an EP and play some local Tennessee shows in the near future.

Farro says the genesis of the band happened about a month ago, when he hooked up with singer Van Beasley, drummer Tyler Ward, and bassist Ryan Clark, who previously played in the Tennessee band Cecil Adora. Farro was initially unsure about forming this group, but he relented after a successful jamming session. “It was great, so we decided ‘Let’s do another band,'” Farro says. “And, honestly, I had some ideas that just didn’t fit with Paramore, and I said, ‘Guys, we can try these,’ and they just loved them.'”

As for his departure from Paramore, Farro – who told his side of the split in a damning post on his blog – sounds far more diplomatic now. “I think we just disagree on a lot of things, and that’s OK,” he says. “I just wish them the best in the future, and I really don’t want to make it this huge drama thing, because then it becomes this huge war, and I don’t want to dwell on that.”

Check out footage of MTV’s interview with Farro below, and tell us what you think of Farro’s new band in the comments.