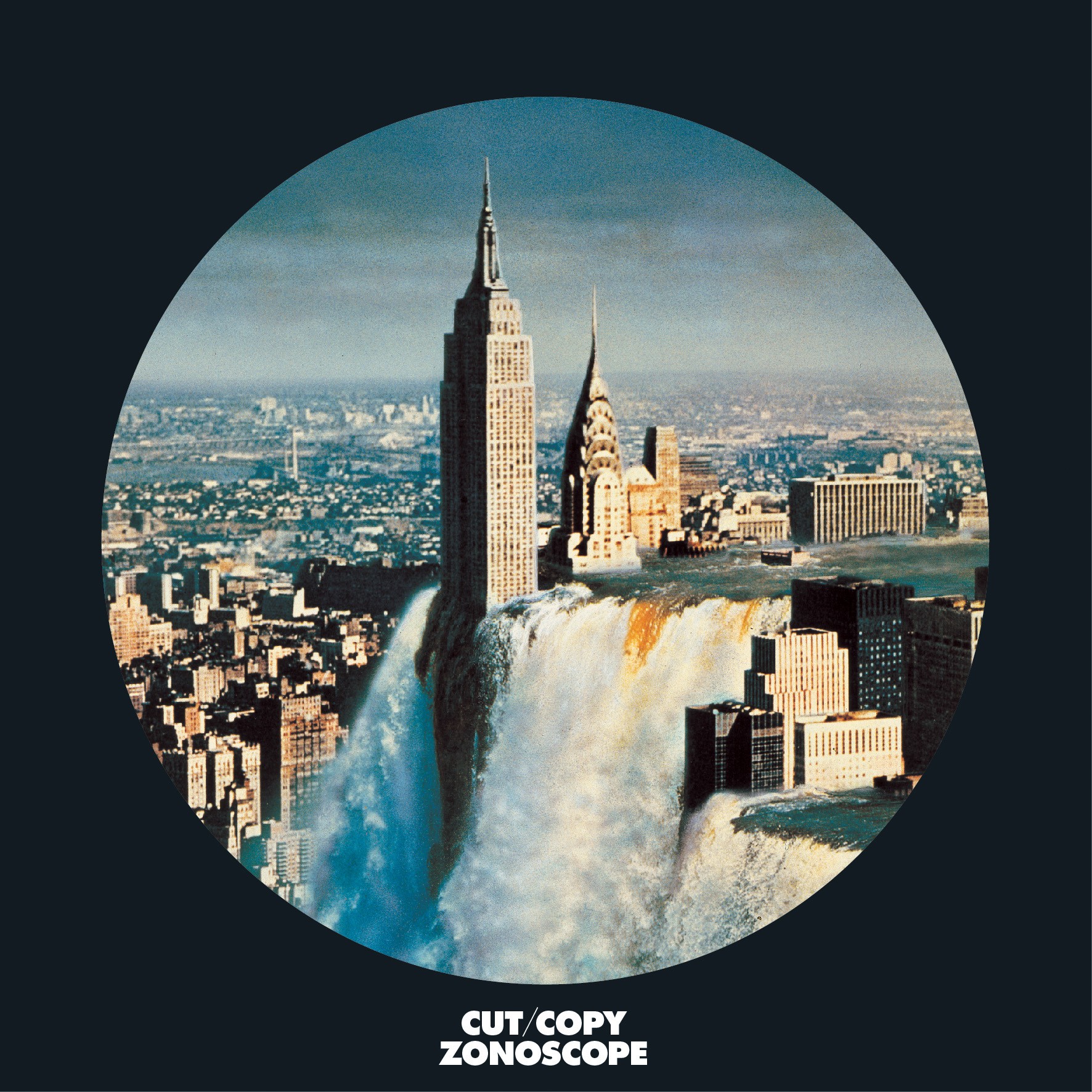 When Cut Copy offer an ostensible remake of Men at Work’s “Down Under” as the lead single from their third studio disc, is it a sign of the Melbourne trio’s chutzpah or of their essential Aussie-ness? Neither, actually: With its lighter-than-air melody and its bouncy, tom-tom-equipped groove, “Take Me Over” reveals Cut Copy’s eagerness to graduate from dance-rock cult act to something more universally admired.It’s an unabashed bid, in other words, for the sunset slot at Coachella, and it’s hardly alone on Zonoscope, which catches Cut Copy in a pop-attuned mode they’ve only hinted at in the past.

Sure, traces of the band’s body-music background crop up, particularly in “Sun God,” the album’s throbbing 15-minute bliss-out closer. And with some studio help from Gnarls Barkley/Animal Collective homey Ben H. Allen, Zonoscope is deeply textured enough to seduce any headphone shut-in — dig the gorgeous synth sparkles in “Pharaohs & Pyramids” or the lushly layered ooohs in “Strange Nostalgia for the Future.”

But the record works best at its most focused and extroverted, as on the disco-glammy “Where I’m Going” and “Need You Now,” a swooning rush of E-fueled harmony. “We’re gonna drift away,” frontman Dan Whitford promises over a cascade of white-soul keyboards in “Hanging Onto Every Heartbeat.” Go ahead, trust him — he knows the route.