Check out our picks for January, including their vital stats and new music. And be sure to come back next month for more! 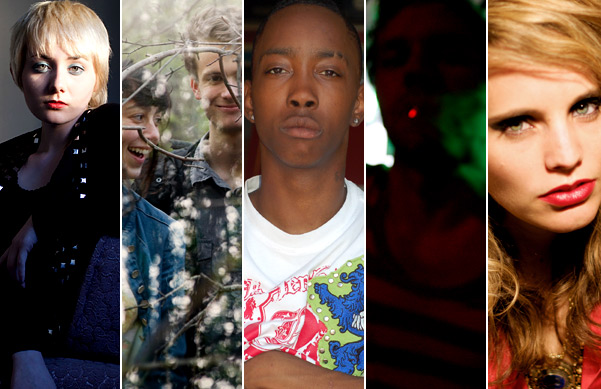 Discovering great new artists is one of the joys of being a music fan. But who has the time to listen to hundreds of EPs and attend shows every night to spot innovative musicians?Turns out, we do.

Each month on SPIN.com, our editors sort through the best new artists to bring you five we believe are especially worthy of your time. They might be rappers, indie rockers, metalheads, punks, folk singers, electronic artists, world musicians, or.... But what they have in common is that each was hand-picked by SPIN music editor Charles Aaron as an artist worthy of breaking out to a larger audience -- i.e., you and your friends.

So check out our picks for January, including their vital stats and new music. And be sure to come back next month for more!

Discovering great new artists is one of the joys of being a music fan. But who has the time to listen to hundreds of EPs and attend shows every night to spot innovative musicians?Turns out, we do.

Each month on SPIN.com, our editors sort through the best new artists to bring you five we believe are especially worthy of your time. They might be rappers, indie rockers, metalheads, punks, folk singers, electronic artists, world musicians, or.... But what they have in common is that each was hand-picked by SPIN music editor Charles Aaron as an artist worthy of breaking out to a larger audience -- i.e., you and your friends.

So check out our picks for January, including their vital stats and new music. And be sure to come back next month for more! 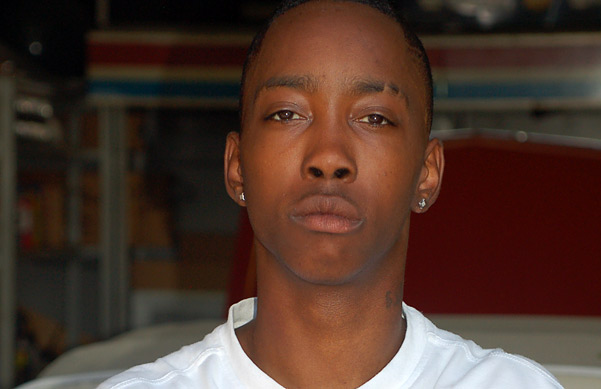 Who: DJ Nate, aka Nathan Clark, a 20-year-old native of Chicago's Westside, who is bringing the Windy City's little-known footwork genre -- imagine a sped-up, minimalist version of house music -- to the masses.
Why he matters: By warping samples from pop and hip-hop, then adding skittering sound effects and spare drum machine beats at a breakneck 150bpm (...and faster), Clark's unique take on Footwork has broken out of its home on YouTube, Imeem, and MySpace. With his music influencing Britain's electronic scene, Clark became the youngest producer to sign with UK label Planet Mu, which released his debut LP Da Trak Genious in October.
SPIN Music Editor Charles Aaron says: "I can't claim to fully comprehend or explain Chicago's 'footwork' scene -- the most maniacal rinse yet of house music, primarily recorded to soundtrack local dance crews' twitching toes and fantastically archived on YouTube by promoter Wala Williams. But what I know for sure is that DJ Nate's footwork tracks are warped genius, dance music for anyone who's ever had to flip from frantic to stoic to get through the day (or hour). His deft, cacophonous symphony of backfiring beats and transfigured vocal samples (from Marvin Gaye's 'Sexual Healing' to Evanescence's 'Call Me When You're Sober') tangle and twist into one thrilling knot after another. Da Track Genious is like a squirmy sequel to DJ Shadow's Endtroducing, a panoramic, rhythmic sermon that illuminates by obsessively mystifying."
File next to: DJ Shadow, Flying Lotus.
Where to start: "Back Up Kid," Genious' opening track, which surrounds silky-smooth R&B samples with a barrage of minced, chopped, and puréed beats.

LISTEN: DJ Nate, "Back Up Kid" 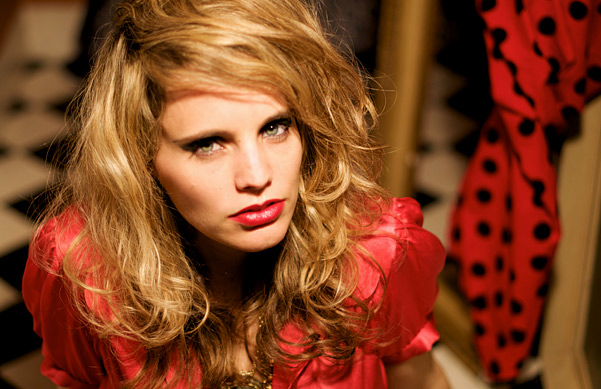 Who: This London-based singer-songwriter seduces with the brooding emotion and sexy-dangerous swagger of her self-titled debut.
Why she matters: Her music is the sonic equivalent of a deep red lipstick kiss on a bar napkin. Recorded over three years, Anna Calvi, out March 1 via Domino, combines reverb-drenched guitar, harmonium, and percussion to raise the hairs on your neck -- think Ennio Morricone or the Twin Peaks soundtrack. Her sound has wooed Brian Eno and Nick Cave, who recently tapped Calvi to open for Grinderman's European tour.
SPIN Music Editor Charles Aaron says: "She's a beast, straight up. Usually I'd only use that terminology about, say, a basketball player who's ferociously and/or effortlessly unstoppable, but Calvi's singing and guitar playing are so cold-slap virtuosic and self-possessed that it's like the work of a scary new species (PJ Harvey circa 1991, maybe, whose former drummer-producer Rob Ellis produces). She's less of a rocker, though, than a fiendish conjure woman masquerading as an elegant chanteuse (intent unknown). When she obliterates Edith Piaf's 'Jezebel' with an unearthly howl, or transforms David Bowie's 'Sound and Vision' with a too-human moan, or eerily sets a scene with only a handful of swipes at her guitar strings, the chill you get is truly unnerving. Where the hell did this pale, stylish interloper come from? And what does she want? Music that imposes its will this powerfully almost seems suspicious."
File next to: PJ Harvey, St. Vincent.
Where to start: "Jezebel," Calvi's wailing cover of the Piaf classic. 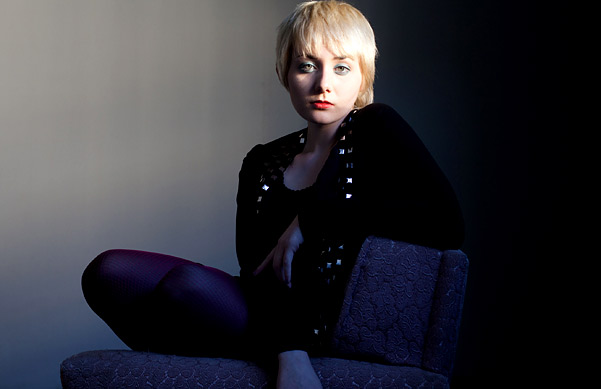 Who: This 21-year-old singer-songwriter from Ohio pens acoustic country, folk, and soul songs about love's disappointments.
Why she matters: Because Dan Auerbach, frontman the Black Keys, says so. Mayfield, who began playing with her family's bluegrass band at age 8, recorded her White Lies EP at 15 in her brother's bedroom and pressed only 100 copies, one of which found its way to Auerbach. He was so impressed that he invited her to sing on the Keys' 2008 release Attack & Release, then produced her debut, With Blasphemy So Heartfelt. Its opening track, "Kiss Me Again," landed on CSI: NY. Auerbach also produced Mayfield's upcoming second album and first for Nonesuch, Tell Me, out February 8.
SPIN Music Editor Charles Aaron says: "For someone so young, she's got history -- child bluegrass performer, acclaimed teen singer-songwriter, Black Keys posse member, placer of songs on Gossip Girl. But her music's about a 21-year-old life very much in progress. While Taylor Swift gets lauded for her songwriting's 'authentic' young-woman's voice, Mayfield simmers and aches in a whole other realm. She's got one of the great deadpans -- recalling Lucinda Williams and Exile-era Liz Phair -- that partially conceals her songs' startling, blunt desire, which Auerbach teases out with atmospheric production. She's ready to stride into adulthood, but it won't stop fucking with her, and you feel her wary determination as the songs surge and loll and sway and stiffen (credit to the intuitive accompaniment of multi-instrumentalist brother David Mayfield). 'My mama told me that no one can stop me,' she moans hypnotically on the album's closer ("Sleepless"). Good bet."
File next to: Liz Phair, Laura Marling, Tegan & Sara.
Where to start: "Our Hearts Are Wrong," a spare acoustic ballad about fighting the urge to fall in love. 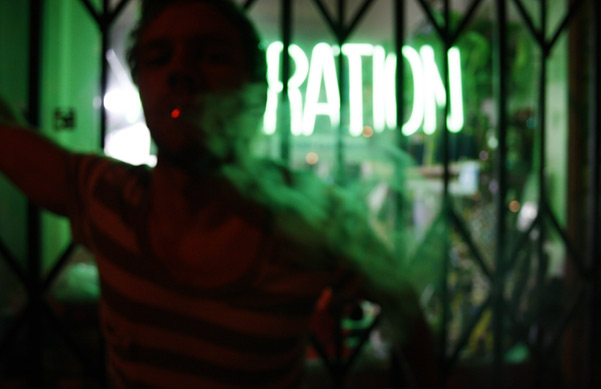 Who: oOoOO, the project of San Francisco production wiz Christopher Dexter Greenspan, who crafts beautifully creepy electro-goth dirges.
Why he matters: Imagine the soundtrack to a Halloween haunted house in hipster heaven. Greenspan's self-titled debut EP is a sonic apparition, a collection of ghostly dance-pop jams that send chills down listeners' spines via menacing synths, atmospherics, and drum machines.
SPIN Music Editor Charles Aaron says: "'Witch House' or 'Drag' was 2010's most absurd genre, with its codeine-drool beats, clumsy attempts at transgressive despair, and willful black-tar minstrelsy (yes, there was rapping, like junkies nodding off to BET at 4AM -- high-larious!); ultimately, it was a bunch of sullen nerds crapping their pants outside Houston's Screwed Up Records & Tapes, afraid to even walk in. But while this hipster séance ground its teeth to dust, Greenspan provided an actual imaginative glimmer with his time-lapse, how-the-fuck-did-we-get-here? tour of electronic pop's lovely, baffling ruins. Subtle, witty, insinuating, exploring disorienting textures unself-consciously, at his own dolorous pace, he’s a sonic grifter worth following.”
File next to: Salem, Esben and the Witch.
Where to start: "Burnout Eyess," an eerie electro soundscape with guest female vocals that sound like Enya lost in a wormhole. 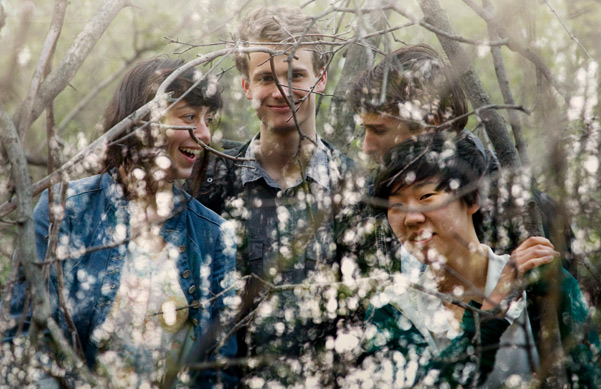 Who: This Montreal via Calgary quartet, formerly known as the Neighbourhood Council, crafts a dreamy sound they call "texture pop."
Why they matter: Their full-length, Native Speaker, out now, is beyond typical genre classification. It's poppy, yet many songs surpass the eight-minute mark. It's full of urgent rock guitars and drums, yet rife with atmospherics and electronic swells, too. It's Animal Collective's Merriweather Post Pavilion with the velocity and wall-of-haziness of My Bloody Valentine.
SPIN Music Editor Charles Aaron says: "Prevailing innovations cast an unavoidable shadow over younger rock bands, and in the latter half of the 2000s, the most kaleidoscopic (and polarizing) shadow was cast by the freaky campfire kabuki and loopy rhythmic chorales of Animal Collective. At first, especially live, Braids can seem like blindly rigorous grad students in Animal Collectivism, down to the keyboard twinkles and artful samples and chanting Panda Bear vocals. But gradually the sneaky-intense interplay of frontwomen Raphaelle Standell-Preston (a wryly effusive guitarist) and Katie Lee (who manipulates moods on keyboards and various electronics) becomes undeniable and mesmerizing. The lyrics have a surprisingly brusque physicality (like a less tortured Throwing Muses), and the songs feel gutsier and more distinctive the more you listen."
File next to: Animal Collective, Moby, Broken Social Scene.
Where to start: "Lemonade," a shimmering blur of electro psychedelia.