Hear It: First Track from the Streets’ Final Album 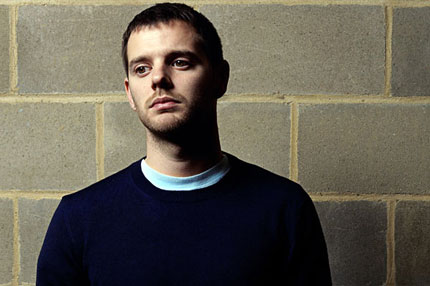 Since 2002, the Streets’ Mike Skinner has made some of the most forward-thinking British hip-hop, delivering sharply-observed narratives about being an average London “geezer” over thrilling, futuristic beats that mix dub, house, and hip-hop. But the MC is ready to hang up his mic after releasing his fifth album, Computers and Blues, in February. The first single, “OMG,” has just leaked, and if the irresistibly catchy, orchestral track is any indication, Skinner will be going out on a high note. Head here to hear it.

On “OMG,” Skinner updates an age-old tale of heartbreak for the Facebook generation. “In a relationship,” he drawls over orchestral flourishes and a lo-fi, stutter-step beat. “Your status had changed…the words on the screen/ Nothing said between us / You just weren’t that keen.”

The chorus equally killer: the beat kicks in double-time, and an unidentified female singer belts out soulful vocal melodies. “Oh my gosh, why’d you leave it so late to tell me,” she croons. “Wow, what a revelation!” “OMG” may prove to be Skinner’s most heartbreakingly confessional track since 2003’s “It’s Too Late.”

Expect the rest of Skinner’s record to be equally awesome. “It is a ravey album that bludgeons you over the head with its stick of 1988 Romford, Blackpool, and Philadelphia rock,” he posted on his site. “It is an insane album.”