This cross-genre mixtape's no novelty. Download The Brothers of Chico Dusty now. 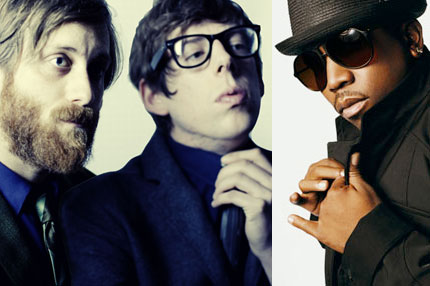 There’s no lack of genre-crossing album mashups, and while most are for-kicks novelty, some are much more meaningful,like the Beatles-Jay-Z mix The Grey Album, which launched the career of Danger Mouse. Here’s another one definitely worth a listen: SPIN Artists of the Year the Black Keys mashed with OutKast rapper Big Boi. Download below (via Nah Right).

Aptly-titled The Brothers of Chico Dusty, the mixtape combines two of SPIN’s 40 Best Albums of 2010: Big Boi’s solo LP Sir Lucious Left Foot: The Son Of Chico Dusty and the Keys’ Brothers. Whoever’s responsible for this gem — apparently, it’s anonymous artist who goes by “Wick-it” — shouldn’t slip back onto the web unrecognized.

The Black Keys are no strangers to hip-hop either. They recently recorded an album as BlakRoc with Mos Def, Q-Tip, Jim Jones, RZA, and others. Read SPIN’s Artist of the Year article about the Keys here.

What do you think about The Brothers of Chico Dusty? Tell us in the comment section below.