The Temper Trap Live at Vans Soundcheck with SPIN

The hot Australian indie outfit rock SPIN's New York City office. Plus: The band talk about their next album! 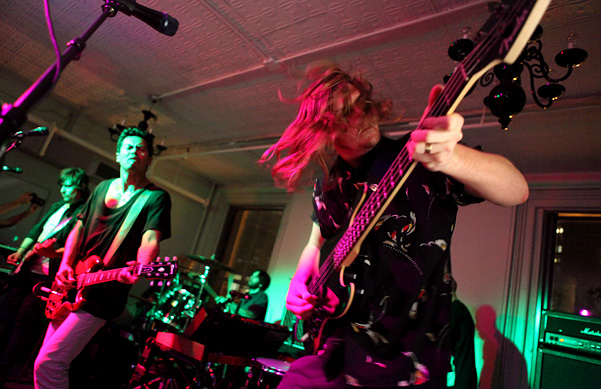 On the strength of their crowd-pleasing festival sets, excellent debut album Conditions, and a featured song in the Zooey Deschanel/Joseph Gordon-Levitt film (500) Days of Summer, Melbourne, Australia’s Temper Trap have transformed from indie upstarts to bonafide stars in the past year. They even found a fan in Blink-182’s Mark Hoppus. So, SPIN was especially stoked to welcome the band to our New York HQ for a live set for the latest edition of the Vans Soundcheck series. Watch below!

Before their set, Mandagi and Dundas also sat down for an interview with SPIN — and gave us something to be even more excited about. “In February we’re going together in the rehearsal studio and start on album two,” said Dundas. Yay!

Watch Temper Trap’s performance and interview below, then sound off in the comment section.