Cincinnati, OH’s on-again, off-again, on-again trio the Greenhornes are one of the most underrated bands to emerge from the early-2000s garage rock explosion. Even Jack White knows it: when the Greenhornes took a break in 2005, he recruited drummer Patrick Keeler and bassist Jack Lawrence for the Raconteurs.

Now, the Greenhornes are gearing up for a comeback with a ★★★★, aka “Four Stars,” their first full-length studio release in eight years, out November 9. Listen to album highlight “Better Off Without It” below.

The album is the first release from the Greenhornes as a trio (the band originally started as a five-piece) and the pared-down line-up allowed Lawrence, Keeler, and singer-guitarist Craig Fox to get more experimental in the studio. “The sound is different,” Lawrence tells SPIN of the 12-track effort, recorded in Cincinnati and Nashville, Keeler and Lawrence’s adopted hometown. “It’s not a straight up rock record like we’ve done in the past. There’s harpsichord and more piano, backward tape loops, and other stuff like that.”

“Better Off Without It” mixes the experimental and more traditional sides of the Greenhornes. The band’s gritty garage rock sound is fleshed out with touches of soul and Byrds-style, British Invasion psychedelia. “It was one of the songs that we’ve had around longer than most the others,” explains Lawrence. “It expresses this weird soul side of the Greenhornes.” 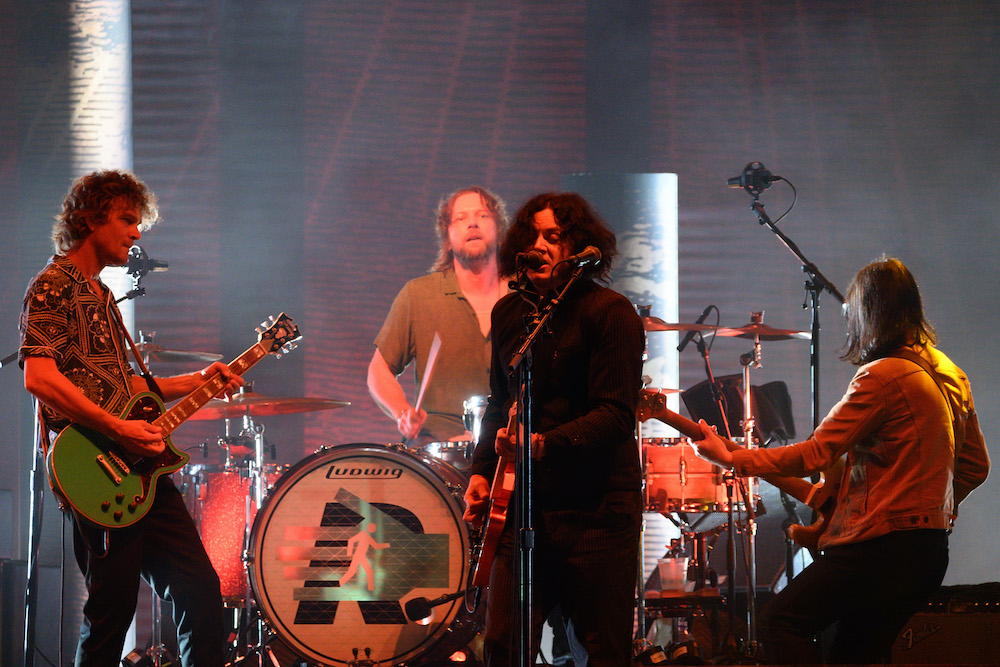 Lawrence hopes his time with the Dead Weather and the Raconteurs will earn the Greenhornes new fans — and his band is even teaming up with White’s Third Man records to release ★★★★.

“They have a good vision of how music should be, in all it’s forms — how it should be presented, how it should sound, how it should look, and how you get it to people,” says Lawrence, adding that the label’s Nashville HQ is like a clubhouse where he, White, Keeler, and their rocker friends hang out. “It’s definitely for the love of music.”

LISTEN: The Greenhornes, “Better Off Without It”