For now, only Los Angeles and San Francisco will host the retro-leaning Memories Tour. 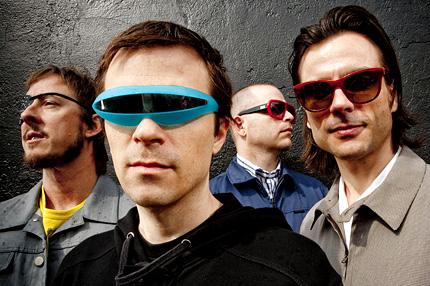 Even with a new album, Hurley, Weezer are gearing up for a tour that boldly revisits their past.

Rivers Cuomo and crew have announced initial details of their upcoming Memories Tour, where the band will stop in each city for two nights, performing their classic 1994 self-titled debut (aka “The Blue Album”) in its entirety one night, and 1996’s Pinkerton the second night, plus a greatest hits encore after each. So far, the band has announced four West Coast dates (on sale October 1) and two dates in Boston (on sale October 9). Weezer will announce dates in New York soon; check out the itinerary below.

To coincide with the Memories Tour, Weezer are prepping a reissue of Pinkerton for this fall, available as a quadruple vinyl set. On his blog, Weezer webmaster Karl Koch posted about the band’s progress with the reissue, which will include the b-side “You Gave Your Love to Me Softly.”

“Brian [Bell] reports that things sound great and he was stoked to hear ‘You Gave Your Love to Me Softly’ blasting out the studio speakers!” Koch said.

As SPIN previously reported, Weezer joined My Chemical Romance on stage Tuesday night in Hollywood, where the two uncorked a raucous version of “My Name Is Jonas.” Check out footage from the show here.