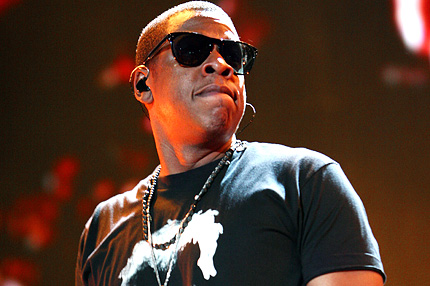 Since forming his music company Roc nation in 2008, Jay-Z has built up a diverse stable of artists, from Kosovo-born singer Rita Ora to British dance-pop duo the Ting Tings and rapper J. Cole. But the hip-hop impresario has revealed his most surprising signing yet: nine-year-old Willow Smith, daughter of Will and Jada Pinkett.

Jay-Z and Willow called into to Ryan Seacrest’s radio show on Thursday to confirm the news, two days after her debut single “Whip My Hair” leaked online. Jay expects big things from his new artist, going so far as to make a loose comparison to Michael Jackson. “I don’t want to go so far, but I can imagine that’s how Mike was as a young kid,”he said.

“Whip It”-a club-banger that features Willow sounding like a pop-diva-in-training when she sings, “Don’t matter if it’s long, short, do it, do it, whip your hair!”-has already become an online sensation, racking up over a million views on YouTube and causing Jay-Z’s sister-in-law Solange Knowles to Tweet, “Willow Smith make me wanna whip some haiiirrr in this house.”

Check out the song below and let us know what you think: Is Willow the next Michael Jackson?