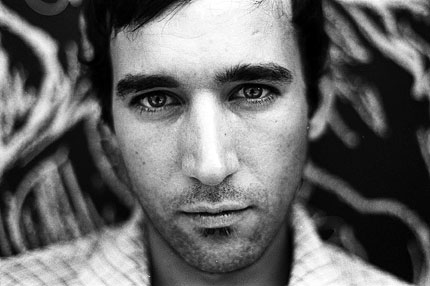 It’s been five years since the prolific Sufjan Stevens released his breakthrough album Illinoise, and the singer-songwriter will return with his first new album, The Age of Adz, next week, but you can get an early listen of the album below.

Stevens may have earned his rep using string ensembles and acoustic instruments – not to mention writing orchestral odes about New York City highways – but he takes his craft to the next level on Adz. The album finds Stevens experimenting with all manner of electronic sounds and textures, from digital noodling (“Get Real Get Right”) and drum machines (“Too Much”) to full-on Prince-inspired electro-funk (“I Walked”).

Stevens’ may be experimenting with a new sound on Adz, but he’s hoping to take an old-school method of delivering his music to his die-hard fans. Last week, his label, Asthmatic Kitty, issued a statement where they disagreed with retailer Amazon’s choice to sell Adz at a discounted cost – a strategy that’s helped indie-rock bands like Arcade Fire top the charts recently.

“We have mixed feelings about discounted pricing,” Stevens’ label said in a statement. “We love getting good music into the hands of good people, and when a price is low, more people buy. A low price will introduce a lot of people to Sufjan’s music and to this wonderful album. For that, we’re grateful. But we also feel like the work that our artists produce is worth more than a cost of a latte.”

Hear a stream of The Age of Adz below and check back next week for SPIN’s definitive review.