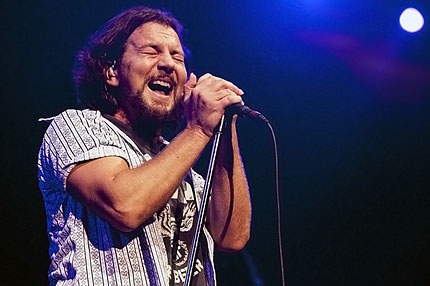 Eddie Vedder tied the knot over the weekend with his longtime girlfriend, model Jill McCormick, US Magazine reports. The pair got married in Hawaii on Saturday at a ceremony that included guests Sean Penn and Jack Johnson.

The Pearl Jam frontman and McCormick may have been dating for a while, but they’ve only been more serious about their relationship for a year. Vedder proposed to McCormick last December at the Kennedy Honors gala in Washington, D.C., where Vedder paid tribute to Bruce Springsteen.

This is the second time Vedder has been married — he divorced his first wife Beth Liebling in 2000 after a six-year marriage. McCormick and Vedder have two children together: six-year-old Olivia and one-year-old Harper Moon.

Pearl Jam, meanwhile, have recently wrapped up a summer tour although the band are scheduled to appear at Neil Young’s Bridge School benefit on October 23-24 in Mountain View, California.