Support from Mom -- and an apprenticeship with Kanye West -- sends rapper toward stardom. 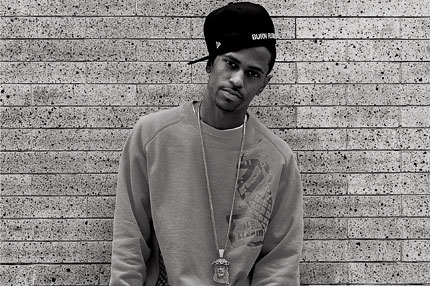 A child turning down a college scholarship to pursue a career in rap sounds like most mothers’ worst nightmare. Luckily for the Detroit rapper Big Sean, his mother isn’t like most. “My mom went to Hollywood to act in movies but became an English teacher to support me and my brother,” says Sean Anderson, 22, who bailed on Michigan State. “She gave up her dream. So when my dream came around, she was like, ‘Oh baby, you got to do it. You can go to school later.’?”

After shadowing West during the recording of 2007’s Graduation — and signing to his G.O.O.D. Music imprint — Sean emerged with 2009’s UKNOWBIGSEAN mixtape, a collection of soulfully spacey beats and virtuoso rapping. Tracks such as the starry-eyed “Million Dollars” were persuasive enough to convince Pharrell Williams and Rick Ross to appear on Finally Famous: The Album (G.O.O.D. Music/Def Jam), his official debut.

On it, Sean glides easily and naturally from woozy bragging (“What You Doin?”) to unabashed motivational speaking (“Last for Life”). The real strength of the music, though, is the rapper’s complex, original flows. A favorite — and much copied — trick is to punctuate lines with a single word (e.g., “I’ll make her go down / Drano!” and “You are labeled small / Indie!” both from his “Supa Dupa”).

“It was really frustrating that people took my shit and ran with it,” admits Sean, who’s been publicly championed as an innovator by Drake, among others. “But that only shows how influential I can be as an artist. And anyway, I got more trends to set.”