"We're sorry, you can have our catalog," the Brit-rockers tell the hit Fox show's creator, Ryan Murphy. 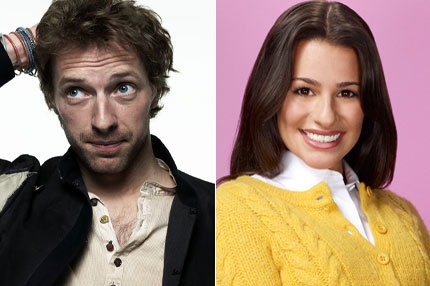 Maybe it’s a bid for popularity with the jocks or a classic case of peer pressure, but Brit-rockers Coldplay have granted high school musical-comedy sensation Glee access to their entire hit-laden catalog, after initially refusing the Fox TV show’s request.

“At the beginning [of the series],” Glee-creator Ryan Murphy told the Hollywood Reporter, “a lot of people didn’t know what we were and asked to see pages [in advance], but I refused because I didn’t want to set precedent of them having any [artist] involvement.My favorite rejection was Bryan Adams. Coldplay and Bryan Adams were really the only rejections.But Coldplay called a week ago and said, ‘We’re sorry, you can have our catalog.'”

The change of heart makes sense for Chris Martin and Co., whose collection of tender alt-rock seems poised for transformation into memorable (and chart-topping!) Glee moments.Glee’s cover of Journey’s “Don’t Stop Believing” rocketed up the iTunes charts and reached No. 4 on the Billboard Hot 100 singles chart; the album Glee: The Music, Volume 3 Showstoppers and the EP Glee: The Music, The Power of Madonna both debuted at No. 1 on the Billboard 200 albums chart.

So what would we like to see when Coldplay meets Glee next season? “Trouble” would make a lovely, and uncharacteristically introspective, Lea Michele-sung power ballad. “In My Place” or “The Scientist” could soar as a group ditty. And Sue Sylvester could choreograph the hell out of a cheerleading sequence to an absurdly camp rendition of “Viva la Vida.”

How do you see Coldplay classics playing out next season?Let us know in the comments section!

Coldplay Dance Along With the Audience in Theatric SNL Performance