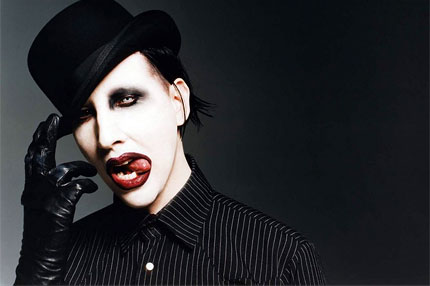 Arena-filling rockers aren’t immune to the current hysteria around Lost, the mystical ABC TV series whose anxiously anticipated conclusion will air May 23.

Marilyn Manson just posted a painting on his Facebook page of John Locke, one of the show’s central characters (played by Terry O’Quinn), around whom much of the show’s final scenes will likely revolve. You can see the painting below.

On Facebook, Manson explained that he made the painting for his bandmate Twiggy Ramirez, who may be — like millions of viewers worldwide — obsessed with Lost.

What do you think of Manson’s piece? Sound off in the comments.

And for all the Losties out there, be sure to read our countdown of the 12 Best Musical Moments from Lost.