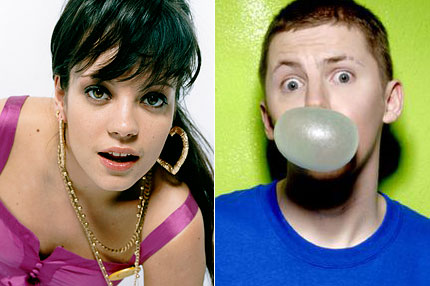 Allen’s hook is a play off “Dub Be Good to Me,” a 1990 No. 1 hit on the British charts performed by Beats International, who were led by a young Norman Cook (aka Fatboy Slim) — hear it here. Taking things to an even greater meta-level, the Beats International song riffed on the ’80s R&B hit, “Just Be Good to Me,” originally performed by the S.O.S. Band.

“Just Be Good to Green” is off Professor Green’s debut album, Alive Till I’m Dead, which is due for a summer release in the UK. The record’s debut single, the INXS-sampling “I Need You Tonight,” already reached No. 3 on the British pop charts, and the MC has been bigged-up by groundbreaking Brit MC Mike Skinner of the Streets.

What do you think of Lily’s hot contribution on Professor Green’s track? Sound off below.