Scott Weiland had a simple instruction for the Texas crowd: “SXSW! Get it on!”

Stone Temple Pilots dropped into the Austin Music Hall Thursday night to kick off their first U.S. tour behind the May 25 release of their self-titled reunion release, and get it on they did: the Los Angeles alt-rockers debuted new tracks, rocked the hits — and even brought a special surprise: Doors guitarist Robby Krieger!

“We’d like to introduce someone that’s part of the greatest rock’n’roll band in history,” Weiland said during the set’s encore. With the 64-year-old Krieger — wearing a Doors t-shirt, no less — the band then ripped into “Roadhouse Blues,” Weiland commanding the gritty blues tune, careful not to tarnish Jim Morrison’s legacy in front of the late singer’s onetime bandmate. And Weiland, ever so sassy slithering about in his suit and tie, was in high (no, not that high) form all night. 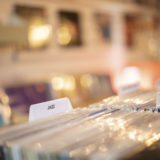 Over a 16-song set, STP debuted four new tracks, proving that this band — even if they are dinosaurs at a fest of young guns — aren’t ready to phone it in just yet. “Between the Lines,” Stone Temple Pilots‘ lead single, was a heavy basher with big, snarling yet melodic choruses with a shot of nostalgia: “I loved it when talked about love / Even when we used to take drugs,” shouted Weiland.

“Huckleberry Crumble,” which bassist Dean DeLeo recently told was SPIN.com was a nod to Paul Revere and the Raiders, was the band’s rough and rockin’ vision of ’60s psychedelia, full of starts and stops, groovy bass, and an uncoiling bluesy guitar riff.

“Bagman,” meanwhile, is one of STP’s catchiest songs yet: a gritty pop-rock jam with a hint of the Beatles — Weiland firing the song’s lead vocal hook — “I’ll do what you want” — over and over, a prime example of the astounding singing SPIN noted at a recent Stone Temple Pilots listening party.

The last newbie, “Hickory Dichotomy,” featured a pulsing rhythm section – Robert and drummer Eric Kretz were on their game all night — that sounded like a melodic alarm clock, as Dean laid a slinky riff.

“There’s just something about that song that sounds good,” Weiland said afterward. The man doesn’t lie.

Aside from a shaky version of “Sour Girl,” their hits were invigorating, too. With the opening ring of Dean DeLeo’s guitar, STP kicked off the 90-minute set with “Vasoline,” then Weiland — who looked healthy and, uncharacteristically, didn’t smoke all night — led a hits parade: “Cracker Man,” “Wicked Garden,” “Interstate Love Song,” Trippin’ on a Hole in a Paper Heart,” “Big Empty,” “Creep,” and “Dead and Bloated,” the opening of which — “I am smelling like a rose on my birthday death bed!” — spurred an all-together-now sing-along. People go absolutely batshit crazy for this band.

“We’ve been looking forward to this gig for a long time,” Weiland said.

Encore:
“Roadhouse Blues”
“Trippin’ on a Hole in a Paper Heart”

stone temple pilots, The Doors, We Were There