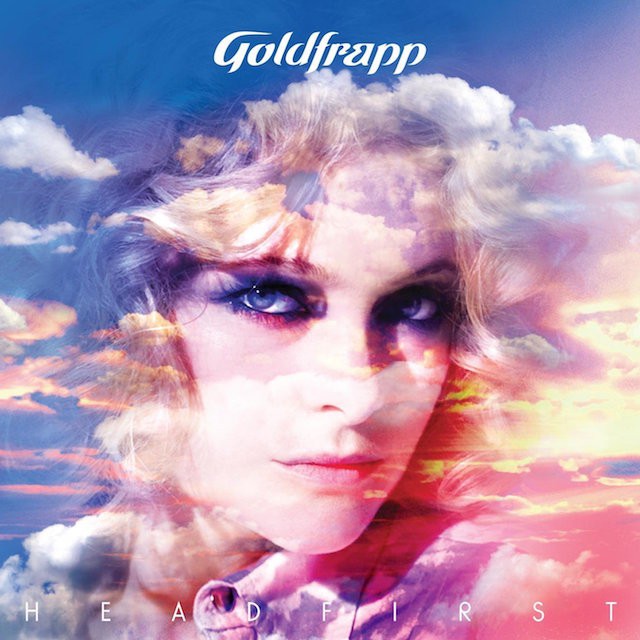 Naural showperson that she is, Alison Goldfrapp has changed personas compulsively since her U.K. duo’s 2000 debut, moving from arty cabaret balladeer to electro glamazon to the psychedelic wood nymph of 2008’s Seventh Tree. But that foray into flutes and folk was brief: The title of Goldfrapp’s fifth album might refer to their diveback into nightlife.

On Head First, the singer’s bandmate-producer Will Gregory creates a pitch-perfect neon-lit ’80s wonderland with Hi-NRG bass lines and plenty of that fat synth sound made famous by Van Halen’s “Jump.” The album’s bright vision is established with the first three tracks, all awash in artificial ambience and an unearthly feel-good vibe. “Alive,” in particular, wears its influences proudly, flaunting the shimmery squiggles that denoted muse-y magic in Xanadu. When Goldfrapp leave the roller disco, they find other retro gimmicks to play with, like the dated techno sound of “Dreaming” or the arena-rock breakdown in “I Wanna Life” (Step 1: Drop rhythm section. Step 2: Clap hands over head).

Goldfrapp also revive the vocal experimentation that has been their trademark twist on electronica. “Hunt,” with its yelps woven into the background, recalls Imogen Heap, but the gorgeous minimalist closer “Voicething” — built from carefully stacked layers of Alison’s own breathy coo — has no modern pop equivalent.