Audition to Join the Smashing Pumpkins!

Billy Corgan is seeking a new bassist and keyboardist for his "reunited" alt-rock band. Click here for details! 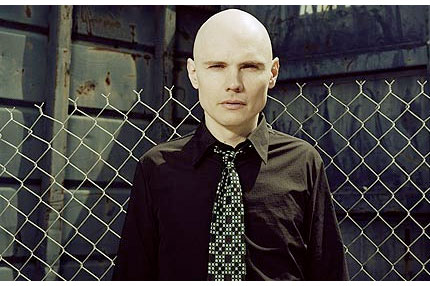 Another day, another lineup change with the Smashing Pumpkins — but this time YOU could end up joining the ranks of the alt-rock band!

Billy Corgan announced today that bassist Ginger Pooley — who replaced Melissa Auf der Maur when the Pumpkins “reunited” in 2007 — has left the band to “to raise her new baby with her husband.” So, The Bald One is launching a search for a new bassist the same way he found 20-year-old drummer Mike Byrne, who replaced founding drummer Jimmy Chamberlin when he left last year: by holding open auditions.

And the low-end isn’t the only open spot in the Pumpkins’ lineup. Corgan is also searching for a keyboardist who “can play in the prog-rock style of [Deep Purple’s] Jon Lord and [Yes’] Rick Wakeman,” an approach used by Corgan on the three new songs — “A Song for a Son,” “Widow Wake My Mind,” and “A Stitch in Time” — from SP’s 44-track album, Teargarden by Kaleidyscope.

“We were lucky enough to find drummer Mike Byrne through an open audition process,” Corgan said in a statement. “So why not open the doors again to anyone who might be interested for the bass or keyboard position. As you can see from our past and present, age, race, or a person’s background is not an issue. Everyone is truly welcome to audition.”

Until a new bassist is found, Mark Tulin of the Electric Prunes — who joined Corgan and Dave Navarro’s nine-piece ensemble Spirits In the Sky — will fill in on a soon-to-be-announced world tour.

To audition, bassists and keyboardists should send their background info (including age, a resume of any bands/recorded work), photos, and performance web links via email to [email protected] or [email protected] Only musicians with video clips can be considered. Final date for submission is March 31.