The bestselling Brits, currently recording in London, could have new music ready for a holiday stocking stuffer. 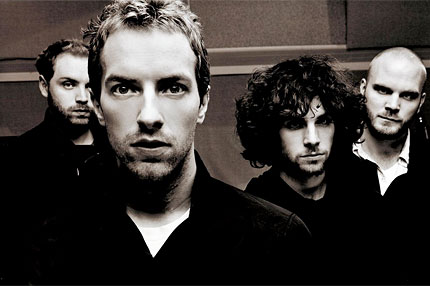 It could be a happy holiday season for Coldplay fans: Chris Martin says his band hopes to have a new record out by December!

The chart-topping Brits are currently recording in a converted London church on the follow up to 2008’s Viva La Vida, or Death and All His Friends.

“We feel more excited about making new music than ever,” Martin told website Globo.com in a recent video interview. Watch it below!

While in the studio, the band is taking extra precautions to keep the tunes from leaking, a problem it faced with Viva La Vida. The album surfaced online a week before its street date. And last summer, nearly a year after its release, unfinished studio demos from the album also made their way onto the internet.

Now, according to Martin, only two people know how to access the new tracks.”Even [the band members] don’t know how to do it,” he said. “We couldn’t even steal our own music.”

While fans wait for new Coldplay music, they will haveto be content with watching the band in animated form: Coldplay recently guest starred on The Simpsons.