They're back! The New York indie rockers will play the UK's Isle of Wight festival next June. 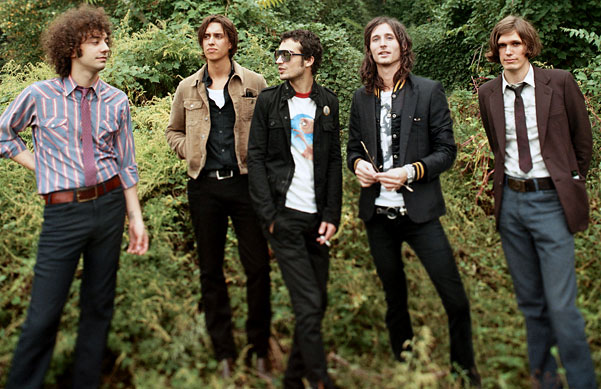 Last week, the Strokes were booking an NYC studio to start recording a new album. Now, they’re booking live gigs: The New Yorkers have signed on to headline the June 12 date of the Isle of Wight festival in Newport, England.

The gig will be their first since the First Impressions of Earth tour concluded in 2007.

The flurry of activity comes after months of uncertainty surrounding the band’s future. Frontman Julian Casablancas, who just released a solo debut, Phrazes for the Young, told SPIN in October that the band had written about 20 songs, but the feasibility of a new album remained murky.

When asked whether the stalled album was a result of band members splitting time between their various side projects and splitting creative duties within the Strokes, Casablancas said, “Both.”

But the announcement of the Isle of Wight gig and bassist Nikolai Fraiture’s tweet last week that the band was seeking NYC recording space both point to renewed momentum in the Strokes’ camp.

Julian and co. join Jay-Z as the two announced headliners for the June 11-13 festival. Blondie, Pink, Orbital, and Squeeze will also perform with the Strokes on June 12, and tickets go on sale this Friday, December 4.