Bassist Nikolai Fraiture says the band will start recording as early as January. 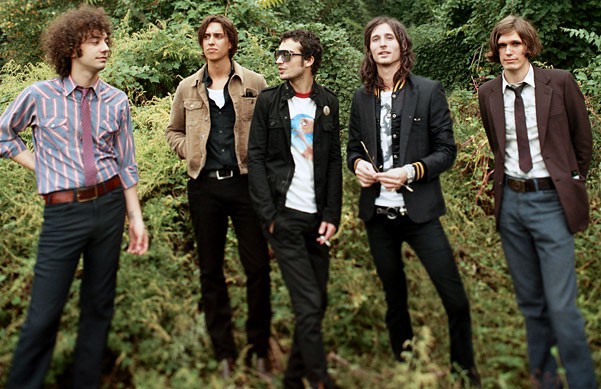 After three years of rumors, and five solo projects, the Strokes appear headed into the studio very soon, according to a Twitter post by bassist Nikolai Fraiture.

“While the guys are in L.A., I went to scout some studios in NYC with [Strokes manager] Ryan [Gentles] today for what looks like Jan. recording,” read Fraiture’s tweet. “Mood = f***ing excited!”

Fraiture’s been looking forward to regrouping with his bandmates since last fall, when he was promoting his solo project, Nickle Eye. “Everyone in the band is eager to get back,” he told us last November.

“We’ve been trying for the last two years, on and off. But people need to do what they need to do. That’s how all of the side-projects came about — wanting to continue to play music.”

Frontman Julian Casablancas, who’s been supporting his solid solo effort, Phrazes for the Young, with an L.A. residency, feels the Strokes have something to prove with this next album.

“We got to the top of the underground, but we never got as big as Green Day or Creed or any of the bands we were supposed to be replacing in 2001,” he told SPIN. “So, in my mind, here’s still a step to take. I hope we can do it.”