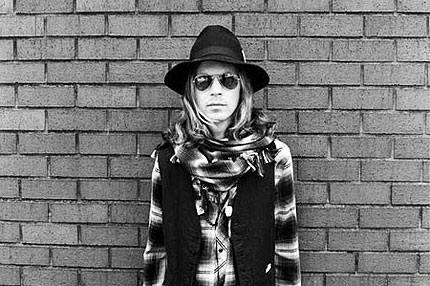 For the second post in his much-hyped Record Club project, Beck has teamed up with Andrew VanWyngarden and Ben Goldwasser of MGMT — plus freak-folk star Devendra Banhart, Andrew Stockdale of Wolfmother, and Binki Shapiro of Little Joy — for a fresh take on Leonard Cohen’s 1968 classic love song “Suzanne” Watch it below.

The supergroup’s rendition — just posted on Beck’s website — turns the somber ballad into a boozy, groovin’ sing-along with drone-y vocals and jangly beats lacking in the original. The idea of covering Cohen came from MGMT’s VanWyngarden, and additional covers of tracks from Cohen’s 1967 breakthrough album, Songs of Leonard Cohen, will be posted on Beck’s site in the coming weeks.

But, as Beck joked on his website, we should be thankful that the group chose Cohen’s ample canon for the project: Ace of Base (think ’90s hit “The Sign”) was “our close second choice,” Beck quipped.

As with Beck’s series of Velvet Underground covers, posted on his website earlier this summer, the Cohen covers were recorded in one day with no pre-session rehearsals.

Check out the “Suzanne” video below, and check back as more Cohen vids from Beck’s Record Club hit the web.