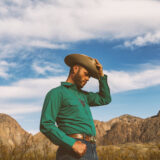 The Best of Virgin Mobile Freefest

All summer long, we’ve been chronicling the best and worst moments of every major music festival, from South by Southwest to Lollapalooza. At Sunday’s Virgin Mobile Freefest in Columbia, Maryland, just between Washington, D.C., and Baltimore, it was nearly impossible to find a surly crowd or witness a trainwreck set. Simply put, there wasn’t much in the way of “worst.” Oh, and did we mention that all 35,000 tickets were given away for FREE? Could this be the perfect festival?

(PHOTOS: Click here to see pics of Blink-182 and Weezer from V-Fest. )

With a gorgeous setting — the gently-nestled-in-the-woods, Frank Gehry-designed Merriweather Post Pavilion (no wonder Animal Collective named their album after it!) — perfectly non-humid summer weather, and a lineup packed with an inclusive mix of acts, the four-year-old festival appears to have hit its stride. In fact, when the Hold Steady were romping through their mid-afternoon set, reminding listeners to “Stay positive,” it felt like they were stating the obvious: How could one not be positive on a gorgeous day at a completely free concert?

Please read on for SPIN’s best moments of Freefest. After all, it’s still free!

BEST NOT-SO-SECRET WEAPON: BLINK-182 DRUMMER TRAVIS BARKER
“Ladies and gentlemen, TRAVIS FUCKING BARKER!” introduced guitarist Tom DeLonge of Freefest headliners Blink-182, pointing to the tattooed, ball cap-sporting, and shirtless drummer as the screams of 19,000 fans hit the Pavilion Stage. DeLonge’s expletive was appropriate — aint a damn thing about the sticksman that’s restrained. While DeLonge and Hoppus cracked dick jokes, talked about going down on Oprah, and played the snickering, perverted rabble rousers that they are, Barker continuously smashed the kit with abandon and force, never stopping to speaking once during the 90-minute show.

With his ramrod posture and chiseled physique, Barker made last summer’s plane crash, which left him third degree burns over much of his body, seem like it happened a decade ago. The guy has recovered well — he hits that snare drum hard. It’s no wonder the guy busted his arm in 2006 from simply rocking out. On songs like “Stay Together For the Kids,” “All the Small Things” (which, according to Hoppus, is “about Tom’s weiner”), and “Don’t Say You Love Me,” Barker’s prowess was undeniable as he switched tempos, rose from his stool to come crashing down on the cymbals, and kept up a jack-hammering rumble on the bass drum.

Barker was focused on this night — the anchor and musical star of the whole show, never showing a hint of emotion on his face. Maybe his performance was a tribute to DJ AM, his longtime pal and partner in TRV$DJAM, who died Friday night in New York of a suspected drug overdose. Barker’s adrenaline-fueled attack on “Miss You” certainly felt as if it was being powered by something extra. If, in fact, the drummer was paying tribute, AM couldn’t have asked for a more invigorating and rigorous memoriam. — W.G.

BEST ALTERNATIVE TO DICK JOKES: FRANZ FERDINAND
While t-shirt-and-jeans-clad DeLonge was talking about his shvonze over on the main stage, Franz Ferdinand were gussied up — frontman Alex Kapranos’ shiny patent leather loafers were a nice touch — and well-prepared to give Freefest one hell of a dance party. And while over the course of an hour, the band’s angular dance rock did exude a faint sense of homogeneity — even the band’s newer material has much of the same call-and-response guitar interplay found on their breakout single “Take Me Out” — Kapranos’ charm, guitarist Nick McCarthy’s incessant boogie, and drummer Paul Thomson’s airtight backbeats propelled the Scottish quartet to great heights. Debut album cuts like “This Fire,” “Michael,” and “Darts of Pleasure” turned the West Stage throng into a throbbing mass of dancing flesh, but it was the set-closing “Lucid Dreams” that was a game-changer. Who needed the dance tent when Kapranos and McCarthy were weaving six-minutes of sterling synth work atop a slick groove from Thomson and bassist Bob Hardy? It was the kind of festival outro that anyone would have paid good money to see. — P.G.

BEST PRE-SHOW RITUAL: WEEZER’S BACKSTAGE SOCCER MATCH
How does Weezer prepare to rock 19,000 fans? By playing a pick-up game of soccer backstage, complete with Nike warm-ups and turf shoes, and frontman Rivers Cuomo scoring on a garbage can. This warm-up method seems to work for the Los Angeles power-pop band, who delivered a perfectly-struck goal with their 60-minute set.

With hired hand Jason Freese behind the drums earning every penny of his paycheck, Cuomo, guitarist Brian Bell, bassist Scott Shriner, and sticksman-turned-axeman Patrick Wilson played a set of hits, ranging from 1994’s Blue Album favorite “Surf Wax America” to newer singles like “Beverly Hills” and “Pork and Beans.” They even dropped in Pinkerton‘s “The Good Life,” which had the crowd screaming along as Cuomo jittered and shook at the mic, acting out the song’s dramatic parts. Even after a few questionable recent albums and a semi-departure from their heart-on-sleeve sound, Weezer can still deliver with spunky musical tautness.

The best part of the show: “(If You’re Wondering If I Want You to) I Want You To,” the new single from the band’s forthcoming studio album Raditude, shows Weezer at their most explosive and fun, with Cuomo belting the huge chorus, Wilson strumming the snappy acoustic verses, and Bell picking out a arena-ready solo. With the bandmembers’ silly soccer get-ups and the giant gold drape adorned with “Weezer” hanging behind them, the show was like a tripped-out, circus version of Tom Hanks’ That Thing You Do, and the song was just as catchy as that movie’s title track… if not catchier. — W.G.

BEST BEAUTY IN THE BREAKDOWN: THE NATIONAL
It’s safe to say that the National probably never envisioned a scenario in which they would take the stage right after Public Enemy. But as Flava Flav sped away down the venue’s back roads in his own personal golf cart, the Brooklyn-based Cincinnati expats took advantage of cooling air and gorgeous dusk light during their spirited, top-notch romp through a catalog-spanning setlist. The quintet is at its best when they peel back the layers of their songs, allowing singer Matt Berringer to uncork a particularly remarkable lyric or two before the band surges back into action. On “Slow Show,” Berringer’s hallmark line — “You know I dreamed about you for 29 years before I saw you” — was given room to breathe, all the more easily absorbed by enchanted new listeners who will most definitely recycle it for their next romantically charged Facebook status update. — P.G.

BEST “FUCK-IT-LETS-ROCK” ATTITUDE: TAKING BACK SUNDAY
This Long Island, NY, emo band has heart — and I’m not just talking about their lyrics, which read like the overdramatic confessions of a heartbroken eighth grader, delivered with a scream that sounds like frontman Adam Lazzara’s aorta is being ripped from his chest. Sunday, guitarist Matthew Fazzi eclipsed all that with his impassioned and frenetic guitar playing, spinning, twirling, and jumping around onstage — all with a cast on his foot! It was high drama at the main stage — until bassist Matt Rubano’s between-song banter touched on “free boobies” and the band kicked into a song about the Wayans brothers. — W.G

BEST TRIBUTE TO OASIS: JET
The news broke late Friday night in Europe that pioneering Britpop band Oasis had split, or at least guitarist/songwriter Noel Gallagher had quit the band after a massive tiff with his brother, singer Liam, at a festival in France, the culmination of years of brotherly brawling. Aussie rockers Jet, frequent tour mates of Oasis — and opening act for them in 2005 on the same stage — offered some love to their troubled pals by dedicating their own “Look What You’ve Done” to the broken-up brothers, a fitting homage considering the song, much like the Gallaghers’ catalog, plagiarizes pages from the Beatles songbook. And speaking of ripoffs, Jet’s breakthrough single, “Are You Gonna Be My Girl,” still sounds like Iggy Pop — but still slays the masses, bringing all 19,000 people packed into the Pavilion Stage and the lawn to their feet. — P.G.

BEST REMINDER OF GREATNESS: PUBLIC ENEMY
Flava Flav’s presence in the media of late has overshadowed his group Public Enemy’s — and most notably co-frontman Chuck D’s — political and social activism. After all, VH1’s Flavor of Love doesn’t exactly scream “revolution.” But Sunday the boys and their four-piece band came to remind fans of their mission statement with a backhanded bitch slap and a drill sergeant command to “wake the fuck up!” With tight shoulders and a pop in their step, D and Flav stomped across the stage like they were racing towards a prison riot in the mess hall, dropping militant rhymes about social change on “Bring the Noise” and “911 Is a Joke.” D preached between songs about striving for a better country, and not to be complacent with simply electing Obama, and later Flav led a chant of, “FUCK RACISM!!!!!” Which had the high school kids in the pit rocking out like the cheerleaders in Nirvana’s “Smells Like Teen Spirit Video,” fueling Flav’s mad-jester-of-hip-hop grin. — W.G.

BEST BAND FOR DRINKING PITCHERS OF BEER: THE HOLD STEADY
One of the best discoveries at Merriweather Post: The venue sold pitchers of beer. That is not a misprint, and should be adopted by all festivals, far and wide. And who better to toast with a giant plastic chalice of beer-dispensing goodness, raised high to the clear blue sky, than Brooklyn’s the Hold Steady, the maestros of pubcrawling pop? Frontman Craig Finn’s shouted bursts of gutter poetry and his spazzy strut — its delightful jerkiness captured in gigantic form on the sidestage Jumbotrons — quickly amplified the preexisting good vibes of Freefest, particularly on the lilting, southern rock-esque “Lord, I’m Discouraged” and a limber new song, “Separate Vacations,” that pleased the hardcore fans. — P.G.

PHOTOS: Click here to see pics of Blink-182 and Weezer from V-Fest. 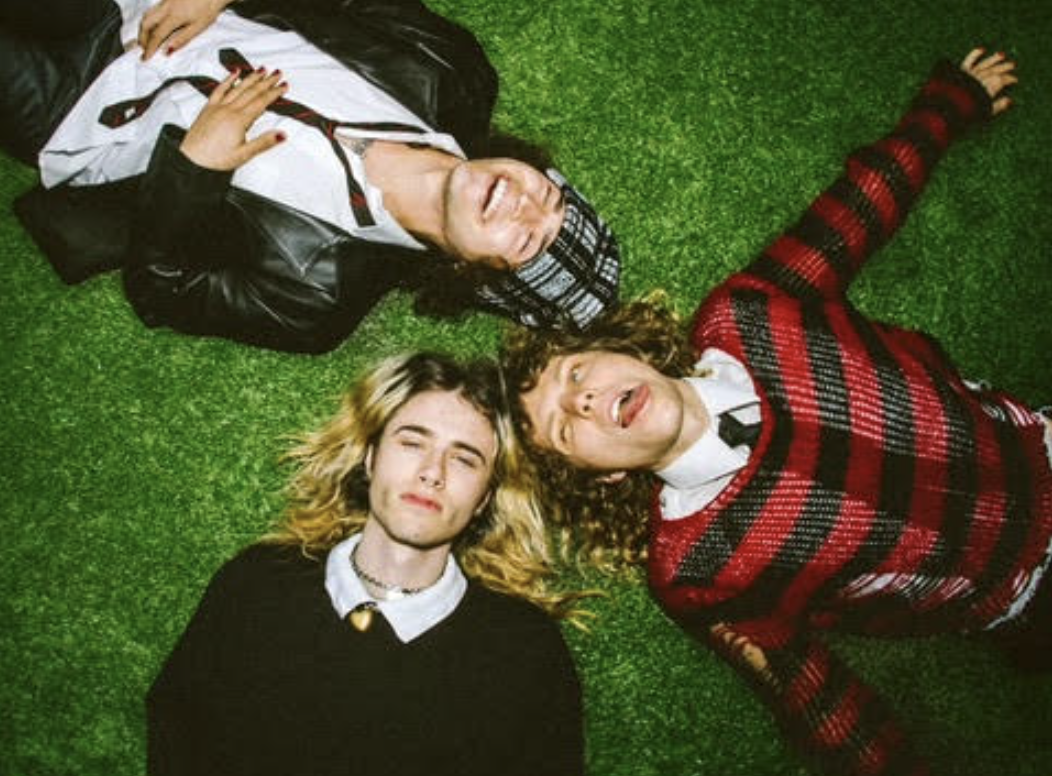