The rocker performs stripped-down versions of songs from his latest album in a new Web feature called Videotheque! 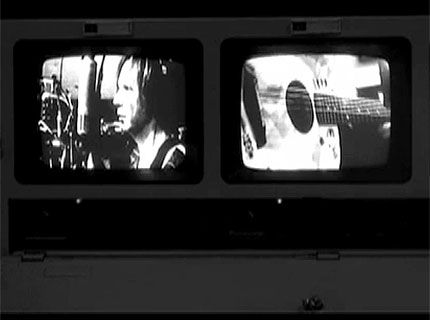 Beck’s at it again! After debuting covers of Velvet Underground songs and launching his Irrelevant Topics interview series, the always-innovative singer has introduced yet another new feature to his web site — and this time, he’s playing his own music.

To celebrate the one-year anniversary of his latest album, Modern Guilt, Beck has started a new section, Videotheque,with a black-and-white video of himself and his band performing an acoustic version of the Modern Guilt track “Orphans.”

The video was recorded after Beck’s March tour of Japan — “under severe jet lag,” according to the site — and there’s more to come: apparently, Beck and Co. filmed acoustic performances of every track on the album. Each week, Videotheque will premiere another one of these videos — and Beck has already announced plans to release a limited edition EP of four of the stripped-down songs.

Check out the video below. Then let us know what you think about Beck’s creative endeavors in the comments section!