The SoCal emo band will support their Sept. 29 release, Crash Love, with their first stateside outing since 2007. 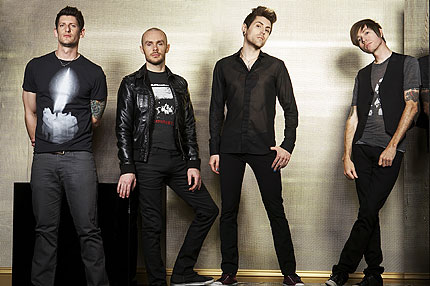 California’s AFI, a.k.a. “Da Emo Boys”, haven’t played a show in the U.S. since 2007, but that will all change on October 2 when the band kicks off a just-announced eight-date tour in Minneapolis. The brief string of shows will support their September 29 release, Crash Love.

Joining the guyliner-sporting rockers will be England’s Gallows, a breaking punk quintet featured in our July issue.

Animal-rights activists may be mixed on the pairing. PETA recentrly named AFI lead singer Davey Havok one of today’s “sexiest vegetarians”, but the same organization pattacked Gallows for allegedly recording a pig-slaughtering. To be fair, the group later admitted they only used a recording someone else made, but that doesn’t change the fact that they thought their album needed the sweet sounds of bovine butchery.