Plus: Get the story behind the making of his upcoming first album for Matador. 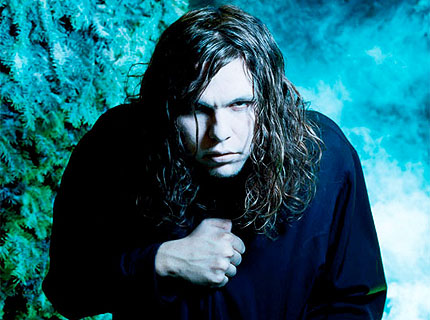 Punk-rocker — and member of SPIN’s Who’s Next class of 2008 — Jay Reatard will release Watch Me Fall, the follow-up to 2006’s buzz-catching Blood Visions,on August 18 via Matador Records. According to Reatard, the recording process was no easy feat.

“This new album has been challenging,” he says. Adding to the pressure? Reatard’s recent contract with leading indie music talent scouts Matador. “I’ve always finished my recordings and then a label is decided on…I’ve never made a record in which the label heard the songs, or anyone heard the songs, before the album was finished, so that’s kind of intense” [via Matablog].

Want a sneak peek of Watch Me Fall? Click here to download the jangly guitar-driven album track “It Ain’t Gonna Save Me.”

Reatard will be touring the U.S. in June and July. Click here for tour dates.