A new video from the Minneapolis rap sensation's album shows why he's an artist to watch at the upcoming Austin music conference. 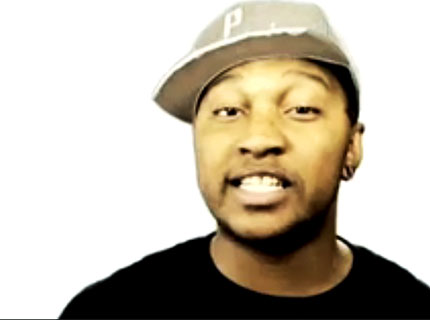 Minneapolis rap sensation P.O.S.’ rhymes are perfectly polished, making him a must-see artist at this month’s South by Southwest music conference. But his just-released music video for “Optimist,” off just-released Never Better (Rhymesayers/Doomtree), rocks an innovative animated look that Michel Gondry would be proud of.

Hear that hollow, clapping beat at the beginning of the video? That’s P.O.S. (aka Stefon Alexander) crafting a beat for “Optimist” by shuffling around a few plastic cups. Throw in some toy cars with cardboard cutout drivers and scratchy animation mixed with live action, and you’ve got a video that makes Solo cups look a lot cooler than this video ever could.

That cup-based beat isn’t the only childhood throwback P.O.S. enjoys in “Optimist.” The rapper says that composing the tune was one of the most stress-free parts of the recording process. “This was one of the last songs I wrote for the record and I was just not feeling any pressure,” he says. “That’s where the inspiration came for this song, I think. Doing my own thing and expecting the same from everyone else. That’s where the refrain comes from: ‘We make our own and if they don’t feel it, then we are not for them.'”