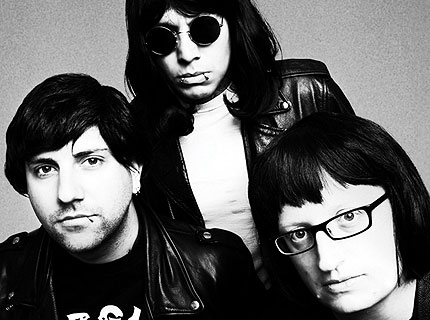 What brings “Chick Magnet” trio MxPx and the Ramones together? A love for wicked punk tunes and a mutual disdain for former President Ronald Reagan!

The Ramones’ 1985 single “My Brain Is Hanging Upside Down (Bonzo Goes To Bitburg)” was written in reaction to Reagan’s widely-criticized visit to a West Germany military cemetery, where the directors of the Nazi extermination camps were buried.

With MxPx’s rendition — off their upcoming covers album, On the Cover II (out March 24) — the trio add glossy pop-punk guitars and bassist/singer Michael Herrera’s precise holler in place of the original’s unvarnished grit.

Listen below. Then leave your thoughts in the comment section.

LISTEN: MxPx, “My Brain Is Hanging Upside Down (Bonzo Goes To Bitburg)”