20 Must-Hear Artists from SXSW in Austin 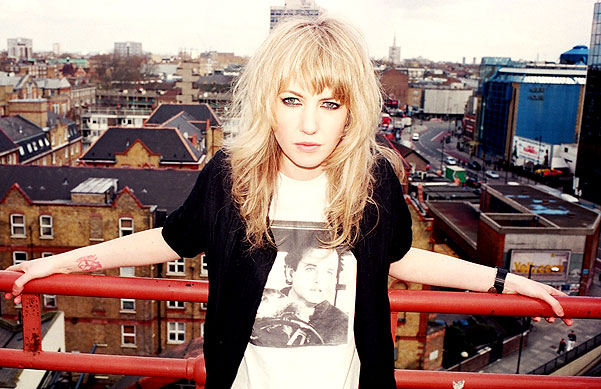 Hometown: Sydney, Australia (via New Zealand)
Why she matters: Her looks are certainly eye-catching, but her hooks are even hotter. She's a bit Stevie Nicks, a bit Debbie Harry on her danceable, self-titled debut.
You should know: She takes her name from a 1985 fantasy movie starring Matthew Broderick and Michelle Pfeiffer.

Hometown: Sydney, Australia (via New Zealand)
Why she matters: Her looks are certainly eye-catching, but her hooks are even hotter. She's a bit Stevie Nicks, a bit Debbie Harry on her danceable, self-titled debut.
You should know: She takes her name from a 1985 fantasy movie starring Matthew Broderick and Michelle Pfeiffer. 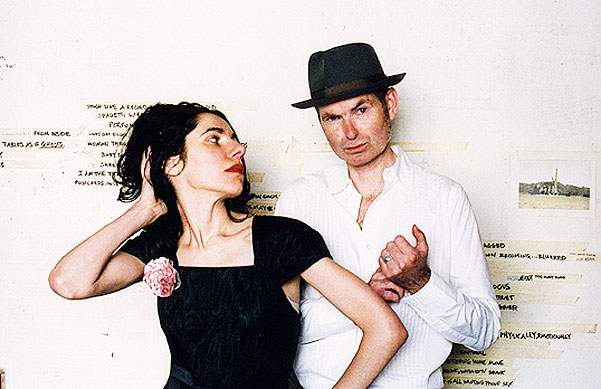 Hometown: Somerset, UK
Why they matter: The songs on the duo's March 30 release, A Woman a Man Walked By, conjure all of Harvey's varied vocal personalities, from rage to rapture.
You should know: Parish wrote all of the music for the new record and turned over finished songs to Harvey for lyrics. 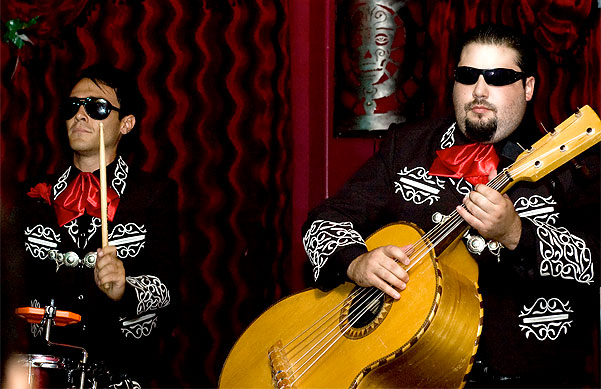 Hometown: Los Angeles, CA
Why they matter: What happens when one of the world's most badass punk bands -- the Bronx -- decides to don mariachi costumes and play traditional-sounding Mexican music? We will soon find out.
You should know: The Bronx have recorded an entire album of mariachi music, set for release sometime in '09. 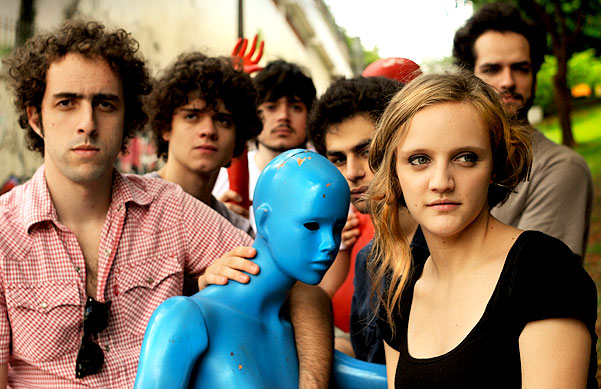 Hometown: Sao Paolo, Brazil
Why they matter: These quirky South Americans, whose name means "Swedish Girls," infuse a tropical, beach-blanket vibe into '50s-inspired rock'n'roll.
You should know: Sleater-Kinney's Carrie Brownstein said, on first seeing this band, "I wished everyone I knew could witness this show." 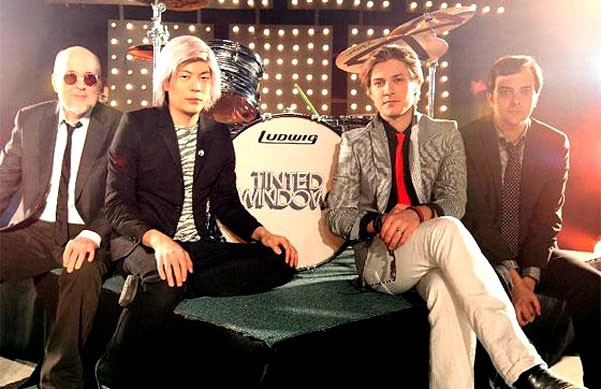 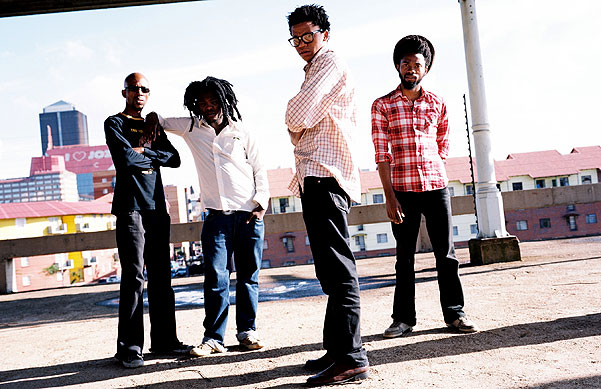 Hometown: Johannesburg, South Africa
Why they matter: With many bands (e.g., Vampire Weekend) channeling Afro-pop sounds, why not go to the source? These South Africans come off like TV on the Radio with sub-Saharan roots.
You should know: Brandon Curtis of Secret Machines produced their debut EP. 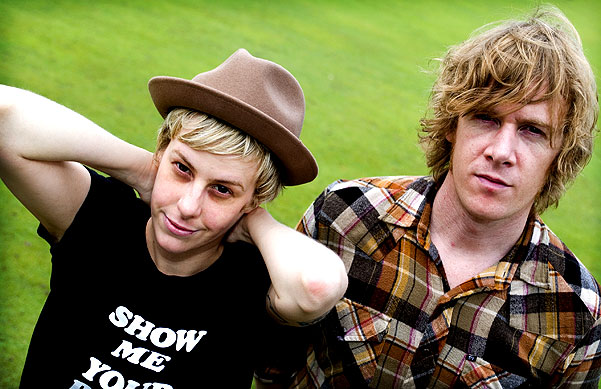 Hometown: Brisbane, Australia
Why they matter: The duo have made an emotive debut, filled with yearning, confessional tales of love won -- and love lost.
You should know: They were discovered after handing a demo to Tegan & Sara at a show in Australia. 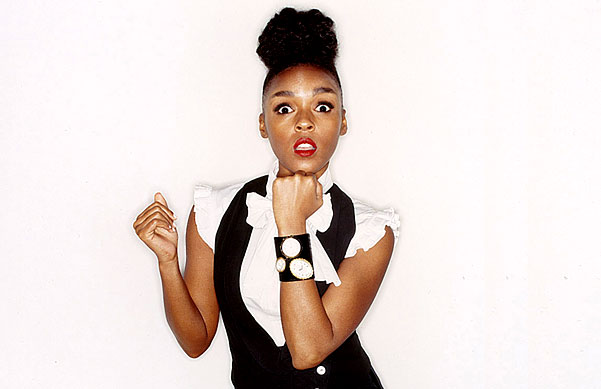 Hometown: Atlanta, GA
Why she matters: This stylish R&B ingenue has been mentored by OutKast's Big Boi. She aims for the mainstream while maintaining an innovative edge.
You should know: She's already Grammy-nominated at age 24. 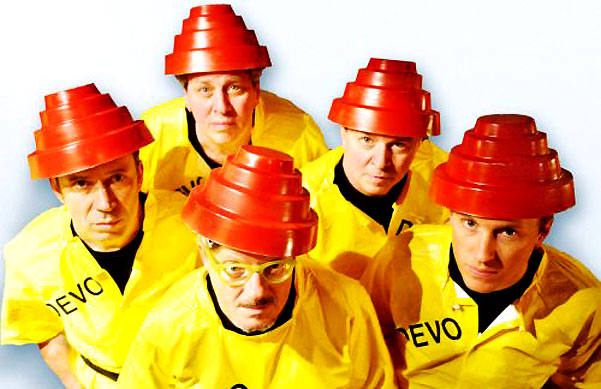 Hometown: Akron, Ohio
Why they matter: The groundbreaking New Wavers, fond of geometric headwear and whips, will soon drop their first new album in nearly two decades.
You should know: Frontman Mark Mothersbaugh has spent much of his time since Devo's heyday scoring movies and TV shows. 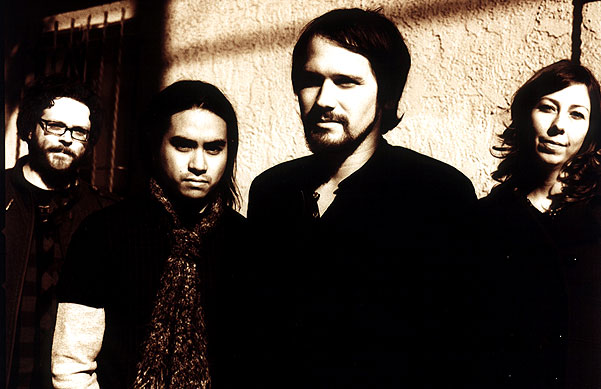 Hometown: Los Angeles, CA
Why they matter: The quartet's 2006 debut became a massive hit by indie standards. The pressure's on with their sophomore set, Swoon, and SXSW hosts their first performance in support of the new material.
You should know: The band's last video was directed by actor Joaquin Phoenix. 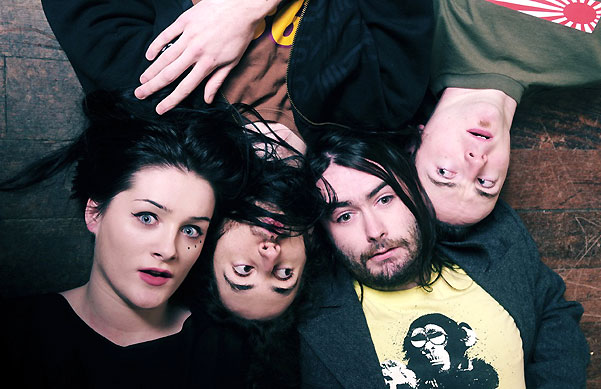 Hometown: Dublin, Ireland
Why they matter: This breakout band is due to blow up here in the States, thanks to their wildly catchy yet aggressive post-punk thrashing.
You should know: Their best song, "Tie Me Up with Jackets," is an homage to S&M. 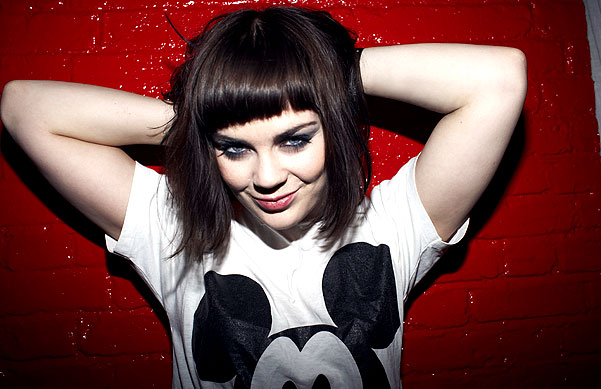 Hometown: Bergen, Norway
Why she matters: While her debut finally gets an official U.S. release in April, the frenetic pop-rock singer has already won over many U.S. fans and made our list of the 10 Most Overlooked Albums of 2008.
You should know: She has synaesthesia, a sensory condition that makes her see colors when she hears tones or sounds. 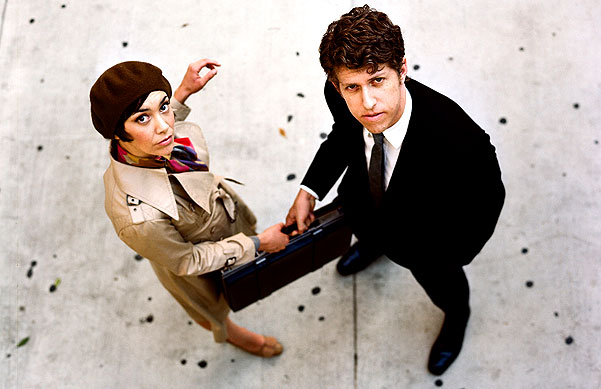 Hometown: Los Angeles, CA
Why they matter: One half of this duo -- Greg Kurstin -- produces hit records for Lily Allen and collaborates with Yeah Yeah Yeahs. The other half -- Inara George -- has a fetching croon worthy of attention all by itself.
You should know: Kurstin has written songs for Britney Spears.

LISTEN: The Bird and the Bee, "My Love"

15. King Khan and the Shrines 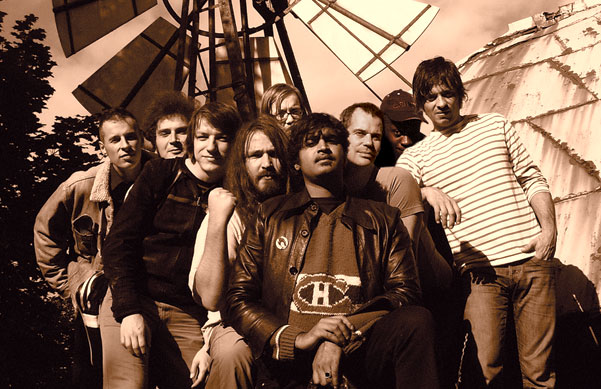 Hometown: Berlin, Germany
Why they matter: King Khan might be the best-bang-for-the-buck frontman around, and he certainly stole our hearts -- and possibly our innocence -- at an all-night show in New Jersey earlier this year.
You should know: Khan's live gigs are known for lurid displays of on-stage insanity, from nudity to occasional sex acts.

LISTEN: King Khan and the Shrines, "Land of the Freaks" 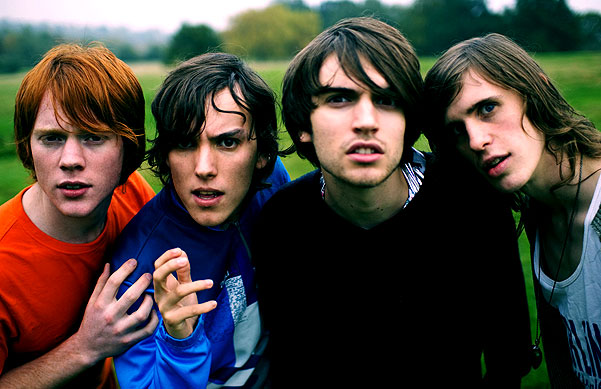 Hometown: West London, UK
Why they matter: All these young dudes are carrying the new-rave flag for a generation of dancefloor-filling teens.
You should know: Band members Sam Eastgate and Ross Dawson are known to wrestle onstage.

LISTEN: Late of the Pier, "Heartbeat" 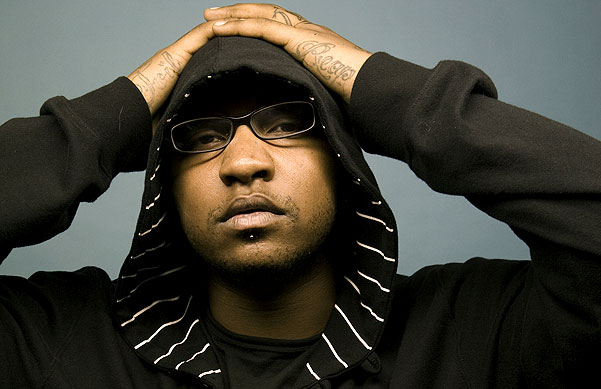 Hometown: Minneapolis, MN
Why he matters: This young MC might have the power to unite Warped Tour punks, backpack hip-hoppers, and street MCs with his diverse yet accessible sound.
You should know: The Hold Steady's Craig Finn did a guest spot on P.O.S.' last album, Audition. 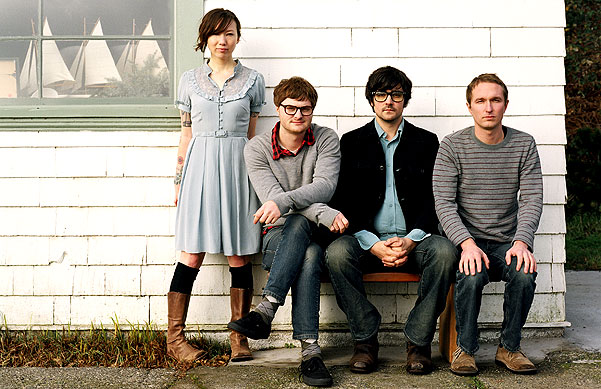 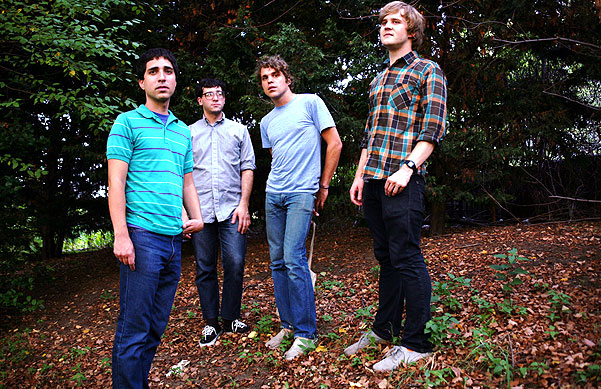 Hometown: Brooklyn, NY
Why they matter: Their lo-fi power-pop melds elements of late-'70s punk with post-millennial indie smarts.
You should know: So far, the quartet has put out a collection of singles, but no full album.

LISTEN: caUSE Co-MOTION!, "Cry For Attention"

20. The Pains of Being Pure at Heart 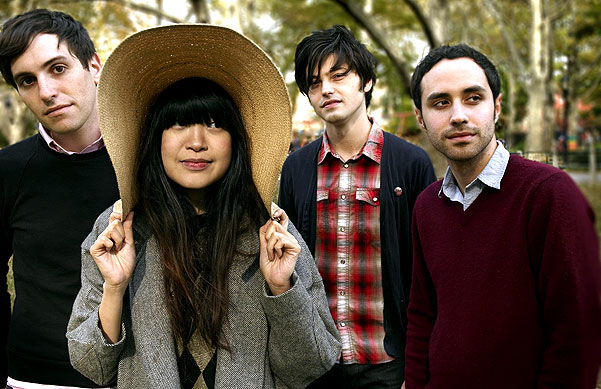 Hometown: Brooklyn, NY
Why they matter: Pains appear poised to be this year's most blogged-about band. But that's a good thing, because their sugary fuzz-pop can brighten any day (or late late night).
You should know: At last count, the band was booked for 10 gigs in Austin during SXSW.

LISTEN: The Pains of Being Pure at Heart, "Young Adult Friction" 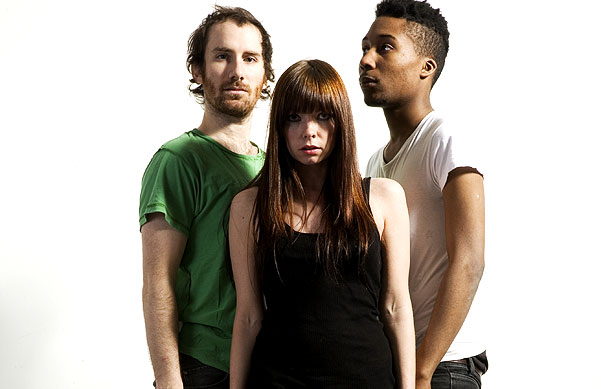 Hometown: London, UK
Why they matter: Their brooding pop is imbued with hints of this decade's most fabulous trends: post-punk guitars, dark synth work, and nearly-disinterested vocals.
You should know: All three were formerly employed by a major record label, EMI.