Plus: Jason Lytle talks to his dead dog on his debut solo album! 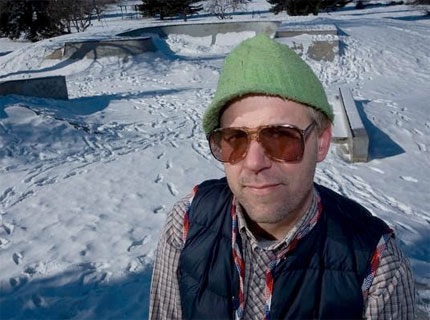 Three years after psych-rock quintet Grandaddy disbanded in 2006, frontman Jason Lytle has announced his comeback as a solo artist.

Lytle revealed the details of his forthcoming solo debut, Yours Truly, The Commuter(out May 18), via video (below).

In the clip, Lytle discusses the album’s details, including its title. “This title is making reference to the fascination I’ve had with traveling from one world to another — not so much physically but mentally,” he said. “Wanting to be a civil bill-paying human being, but having to deal with being an irresponsible idealistic dreamer who’s just trying to make art.”

Lytle also addresses his professional hardships: “Most of my struggles in the past have been trying and usually failing to blend those worlds, although I think I’m getting better, it’s still a struggle.” He also comments the identity of “the commuter” at the heart of the album, stating the character is “probably me, but, thankfully it’s many others as well.”

Existential stuff — especially Lytle’s inspiration for his new tune, “Ghost Of My Old Dog.” “I find myself talking to my old dog who died,” he confesses. “I actually assume this high-pitched jittery voice when I’m talking to him, and I thought it would be funny if a girlfriend were to come home and hear me jabbering in this excited tone and assume that I was cheating on her, when in fact I’m just talking to the ghost of my old dog.”