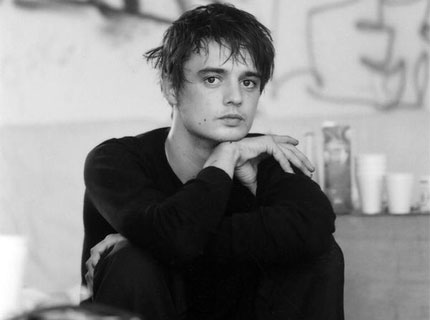 Babyshambles vocalist/guitarist and tabloid fixture Pete Doherty has unveiled details for his much-awaited solo album, which will arrive March 9 in the U.K. NME.com reports. Details on the album’s U.S. release have yet to be announced; usually records drop stateside the following day, in this case, Tuesday, March 10.

The album, which is currently untitled, was recorded with producer Stephen Street (The Smiths, Blur, Kaiser Chiefs) at London’s Olympic Studios in late 2008 and will be preceded by first single “Last of the English Roses,” which will arrive March 2. Blur guitarist Graham Coxon plays on all songs except one, “Broken Love Song,” while Scottish singer/songwriter Dot Allison sings on “Sheepskin Tearaway.” Doherty’s Babyshambles bandmates Mik Whitnall, Adam Ficek, and Drew McConnell also play on the album.