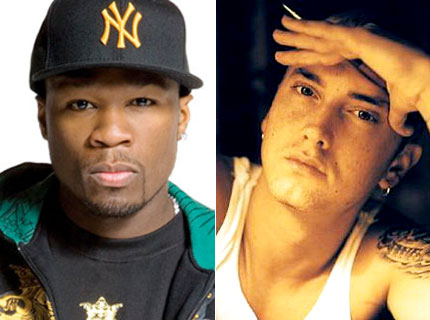 We’ve all been wondering when Eminem’s new album Relapse will finally come out. And lo and behold, Queens-bred hip-hop star 50 Cent has surfaced at the Sundance Film Festival to offer his insight.

“His new album is almost actually done. Eminem is currently mixing his album right now,” Fitty told hollyscoop.com, adding that the Detroit rapper was “maybe two weeks” away from finalizing a release schedule for Relapse.

50 Cent may be the most eager of all for the album to come out, given the fact that it supplies yet another opportunity for the less-than-modest artist to showcase his skills.

“You think I won’t take advantage of the opportunity for everybody to look at me and listen to me?” he said. “Yes, I will! I will be all over the record.”