Click here to see who else is on funny-guy Andy Samberg's Lonely Islands debut! 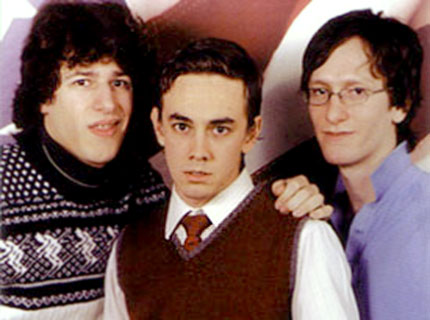 The comic masterminds behind those and many other videos — SNL star Andy Samberg and writers Jorma Taccone and Akiva Schaffer, collectively known as Lonely Island — are readying their debut album, Incredibad, for release February 10 via Universal Republic. According to what Taccone told EntertainmentWeekly.com, the record promises to be as guest-heavy as it will be laugh-hearty, with T-Pain, the Strokes’ Julian Casablancas, Jack Black, rapper E-40, and pop crooner Norah Jones making appearances.