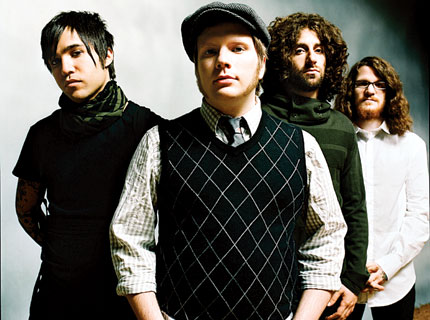 Last week, Fall Out Boy played a special hometown show at the Chicago Theatre, which was filmed to air on FUSE December 16 to celebrate the release date of the band’s third major label album, Folie à Deux.

And if you just can’t wait for the TV special, you’re in luck — we have an exclusive sneak peek below!

Check out two never-before-seen clips featuring the band discussing their new album and giving a spirited performance of “A Little Less Sixteen Candles, a Little More ‘Touch Me” from 2005’s From Under the Cork Tree.