The singer requests an appearance on wacky TV competition 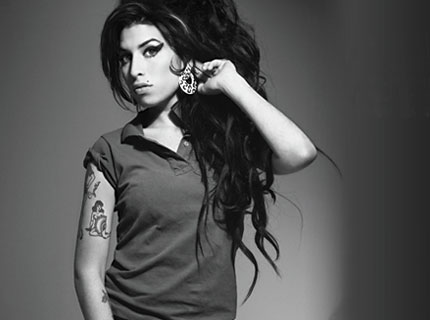 Stars: They ARE just like us! When we’re sick, we like to watch gameshows. Well, it turns out Amy Winehouse does, too.

Having found herself laid up in the hospital on more that one occasion over the past year (despite a looming deadline for her next album), Winehouse has developed yet another habit: gameshow addiction. The singer is reportedly a huge fan of the BBC show Hole In the Wall — which challenges celebrities to jump through awkward shaped holes without falling into a swimming pool [via Gigwise.com].

“Obviously, this year she hasn’t had the busiest work schedule so she has spent a lot of time in front of the box. She thinks the show is an absolute hoot and has asked producers if she can star in an upcoming episode,” a source told UK newspaper the Sun, adding, “They’re giving it some thought but are understandably in two minds as to whether a junkie, wrapped in silver, jumping through holes will go down well with the prime-time viewing public.”

Knowing the viewing public like we do, their likes and such, we have a feeling this could be a hit.