U2 “Reinvent Rock” on New Album 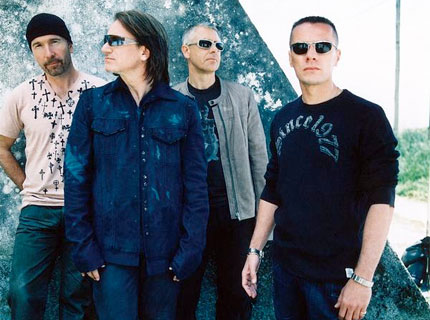 U2 producer Daniel Lanois is making some pretty strong claims of late. First, there’s his contention that U2 has reinvented rock’n’roll on their forthcoming album. In an interview with The Boston Herald, Lanois said, “The president of the company” — hint: he means Bono — “is singing better than ever and the tracks are wildly innovative. I would never have thought things would have gone this way. I believe, well, rock’n’roll has been reinvented one more time.” [Via NME.com]

Bold words Lanois. Anything else? “I also think Bono’s lyrics get better with every record.”

Wait there just a minute buddy. Do you expect us to believe that Bono has eclipsed the lyrical genius of “Vertigo”‘s multilingual word puzzle: “Hello, hello… (Hola)/I’m at a place called Vertigo (Dónde estás)”? You’re talking crazy brother.